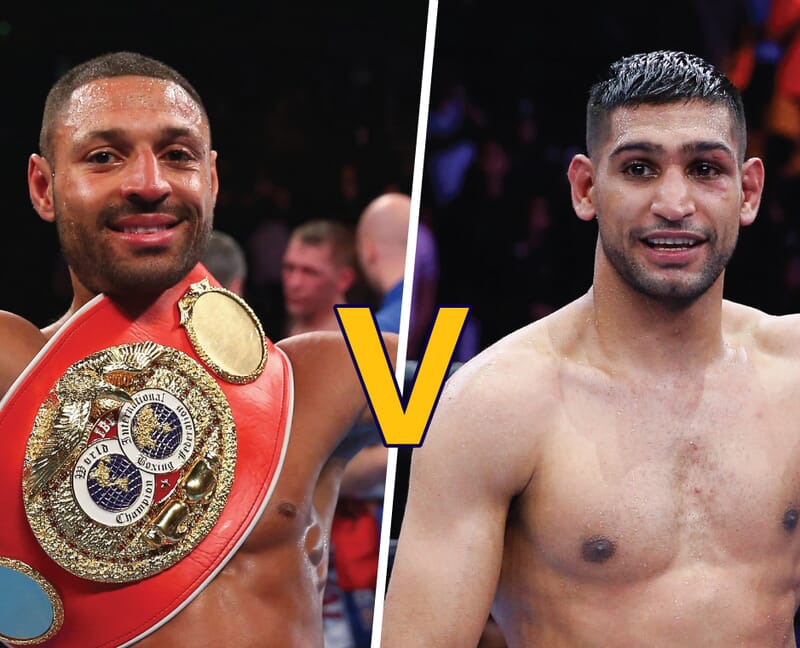 In conjunction with Kell Brook and his team, we are thrilled to announce our top class boxing hospitality package for the long-awaited grudge fight between Kell Brook and Amir Khan.

We have taken exclusive use of a unique and appealing venue, the National Football Museum, located just a few minutes’ walk from Manchester Arena. Clients will have access to the museum pre-event to experience the venue at leisure if they wish and once our boxing hospitality starts will be able to enjoy a reception drink in the first floor gallery before an evening of boxing chat, three course dining and complimentary bar served in the main reception room. We are delighted to confirm we will be joined pre-fight by ever popular British heavyweight Dereck Chisora and for post-fight analysis with former world lightweight champion, Anthony Crolla.

After waiting for years for this clash of two bitter rivals, many fans had come to the conclusion it might never happen, but finally the scores are about to be settled! The decade-long rivalry between Amir Khan and Kell Brook will come to an explosive conclusion on Saturday 19th February when the two British welterweight stars headline at Manchester AO Arena. For the winner there is the enticing prospect of a renewed attempt at another world title, for the loser the road to redemption will seem insurmountable! There is no love lost between this pair with contrasting styles, the teak tough and durable Brook will have to be back to his very best to deal with the slick hand speed and movement of Khan. It should be an epic tear-up and a legacy-defining showdown!

Derek ‘Del Boy’ Chisora is a firm fan favourite of British boxing, his all-action style winning him legions of fans in admiration of his no holds-barred physical style and big heart. Never one to take a backward step, Derek has been in with almost every big name of the era, including a young Tyson Fury in 2011, Ukrainian legend Vitali Klitschko and David ‘The Hayemaker’ Haye in 2012, a second bout against Fury in 2014, British rival Dillian Whyte in 2018, and going all the way with brilliant Ukrainian Oleksandr Usyk in 2020. Amongst his 32 victories from 43 fights have been the likes of Danny Williams, Kevin Johnson, Carlos Takem and David Price, with 23 victories by way of knockout. A former British, Commonwealth and European heavyweight champion, he is still going strong at almost 38 years of age, his legions of fans will be hoping the big man still has enough in the locker to have another crack at a world title in 2022!

With a pro career spanning 45 fights with 35 wins, 7 defeats and 3 draws, Anthony ‘Million Dolla’ Crolla was one of the best British lightweights of recent years. After winning the British lightweight title against John Watson in 2009, he lost only 2 of his next 13 fights, including winning the WBO intercontinental title against fellow Brition Gavin Rees, earning a world title shot against Columbian Darleys Perez at Manchester Arena. This resulted in a highly controversial draw when almost everyone bar the judges had him as clear winner. An immediate rematch was ordered and justice was done as ‘Million Dolla’ knocked out Perez in the 5th round to win the WBA world title. After a successful defence he lost the title against Jorge Linares by UD, with the same result in a hard-fought rematch. He then defeated British rival Ricky Burns, before a final world title shot ended in defeat against the brilliant Vasily Lomachenko.

A passionate Newcastle Utd fan, Pete enjoyed a swift rise through the broadcasting ranks to become one of the most recognisable faces on Sky Sports. After leaving university, Pete started his broadcasting career with the hospital radio show Radio Tyneside, before working in the local Metro Radio, and then ITV Tyneside as a sports reporter. Since 2009 he has worked at Sky Sports, mainly as a presenter, where his passion for sport and all-round knowledge are amongst his greatest assets. A huge boxing enthusiast, over the past few years Pete has become a great asset as a regular host of our sporting dinner events, and we are delighted to have him as always!

Located in the heart of Manchester city centre just a few minutes’ walk from the AO Arena, our venue is a real treat for sports fans with some of British football’s most treasured artefacts within its walls. We will have exclusive use of this great venue, with all guests having access to explore the museum on the day and even take part in some interactive activities on Level 2 such as the penalty shoot-out, before a drinks reception in the first floor gallery and dinner in The Pitch Gallery on the ground floor. The catering for the event will be in the very capable hands of the Museum’s official caterer, Vanilla in Allseasons. In addition to providing some sumptuous meals for the many events at the Museum, Vanilla in Allseasons also run a number of private events for Deloitte, Timpsons, AO.Com, United Utilities, Bolesworth Castle and many more elite names. 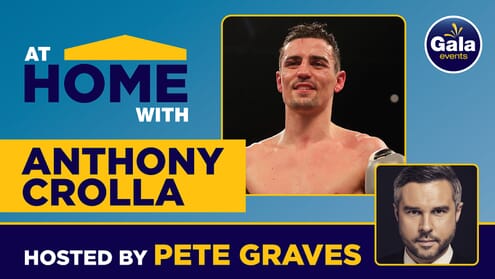 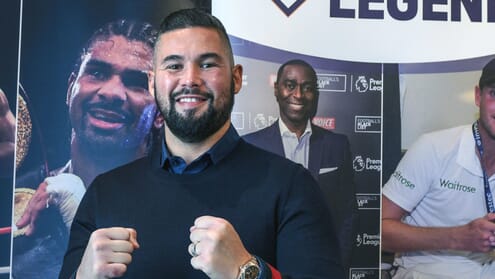 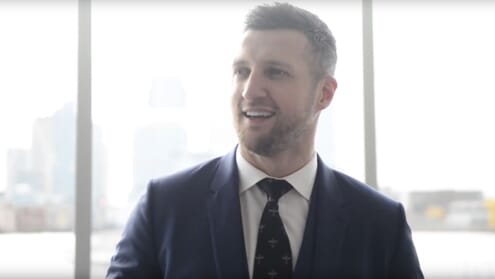 Fantastic night last night working with you @eddraper81 for @GalaEventsUK previewing the #JoshuaUsyk fight. @usykaa did what many thought he would and put on an excellent display on skill. Congratulations to him. P4P still the best heavyweight out there and… he beats Fury! 😜💪🏼 https://t.co/nSe5ZFvAE9

I want to give the fans great fights. October 26th at @TheO2 it's going to be amazing. #warchisora @GalaEventsUK 👇🏿

Join us for our Newcastle sporting dinner "Pete Graves meets..."