Last year we were delighted to announce teaming up with new England opener Dom Sibley as a new Gala Events brand ambassador, shortly before he departed with the squad for the tours to New Zealand and South Africa.

Since then we are thrilled that he has cemented his starting place in the Test side, making a really promising start to his England career! 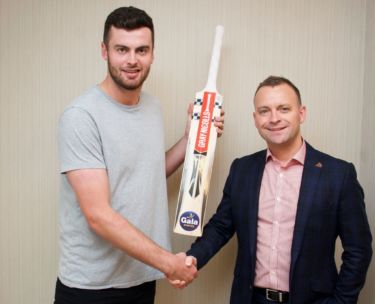 Dom’s match-winning performance in the Second Test where he scored an unbeaten 133 in the second innings to set up victory will live long in the memory! We were very proud to see the Gala logo displayed on his bat as he acknowledged his team-mates and the crowd!

We wish Dom every further success as he imposes himself in the Test arena and we look forward to continuing to work with him in the future!

To check out Gala Events’ exciting calendar head to galahospitality.co.uk.