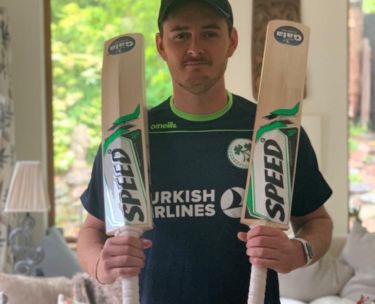 Gala Events are honoured to have Ireland Cricket star Mark Adair as a brand ambassador.

The 24-year-old joined a stable that already includes England and Warwickshire batsman Dom Sibley in January 2020.

As a result of the partnership, Adair’s bat now carries the distinctive Gala Events logo while the Northern Irishman will support the company across a number of other platforms having already been one of the famous faces to feature in our ‘At Home’ series.

The all-rounder, who had a spell at Warwickshire, made his ODI debut for Ireland in May 2019 against England before making his Test bow against the same opposition two months later.  It proved to be an impressive introduction to international cricket’s most prestigious stage by finishing with match figures of 6-98 at Lord’s.

Now, throughout Ireland’s three-match ODI series against England at The Ageas Bowl, Adair is going to give fans a glimpse inside life as a top cricketer preparing to take on the world’s best with a video diary exclusively hosted on Gala Event’s Instagram via @GalaEventsUK.

Alan George, Gala Events director, said: “Mark Adair is a rising and prominent star in an Ireland team who are looking to make a major mark on the world stage.

“I’m delighted that the Gala Events brand has been able to align with such a talent and we look forward to continuing to back his progress following the re-start of international cricket.” 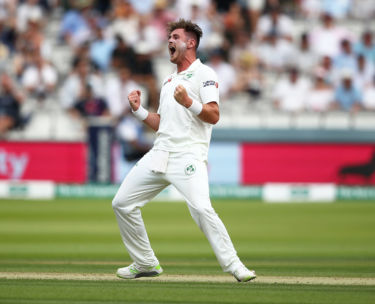