The 23-year-old batsman has burst on to the international scene this year and is gearing up for the forthcoming LV= Insurance Test Series against New Zealand.

The partnership will see the Londoner carry the distinctive Gala Events logo on his bat and form part of our star-studded rota for future events when his playing schedule allows.

Having made his debut for Essex in 2015, Lawrence has also played in Australia’s Big Bash League playing for Brisbane Heat. Internationally, he was a member of England’s squad for the 2016 U19 Cricket World Cup, during which he broke an English youth ODI batting record by smashing 174 off 150 balls against Fiji. He made his test debut for England in December 2020, scoring 73 against Sri Lanka in his first innings.

Alan George, Gala Events director, said: “Here at Gala Events, we have a proven track record of delivering premium cricket hospitality for our clients and we are delighted that we are able to partner with another one of English cricket’s brightest prospects. We’re really looking forward to working with Dan.” 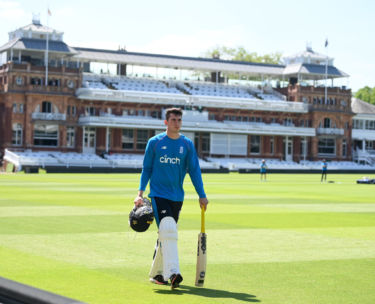