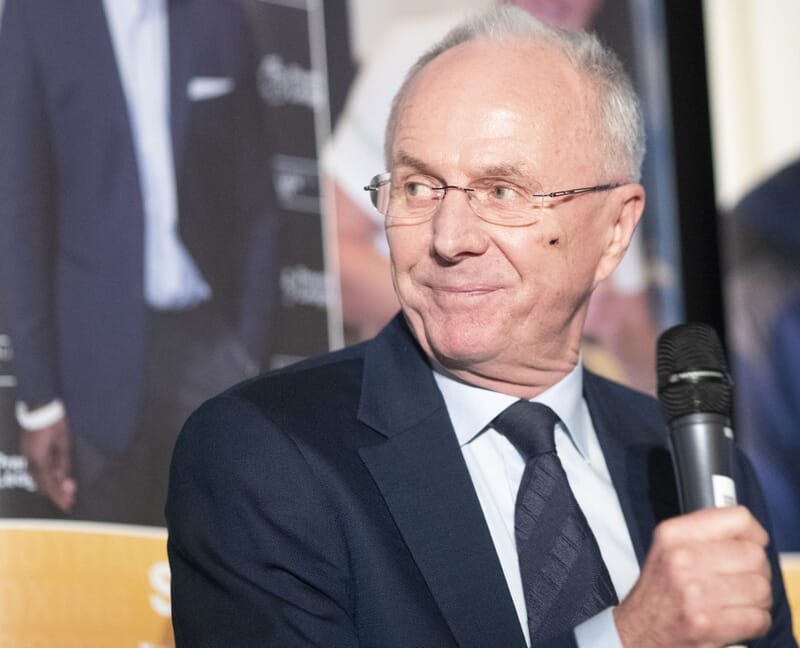 UPDATE: This event has now sold out. We do still have places available for our Birmingham World Cup Big Screen Event on 25 November 2022. For further details, PLEASE CLICK HERE.

We are thrilled to welcome former England manager Sven-Goran Eriksson as our special guest, a man who has managed some of the best clubs in Europe including Benfica, Roma, Lazio and Man City. He will be joined by Arsenal legend and ex-England star Paul Merson, who is one of the game’s great characters and best speakers.

Our guests will be previewing the match and England’s prospects in the tournament, as well as discussing their own stellar careers along with our Sky Sports host for the day, David Fulton. The event will include a delicious three course dinner, memorabilia auction and raffle, giant screen coverage of the big match and analysis from our VIP guests with our Sky Sports presenter.

England vs Wales: England will face Wales in a match which may well decide top spot in the World Cup Finals group stage. This all-British thriller should make for a  fantastic spectacle, Wales captain and icon Gareth Bale will lead the likes of Aaron Ramsey, Ben Davies, Daniel James and Nico Williams into battle with Welsh fans confident of getting a result against the Three Lions. England will start favourites for the match but history as shown time and again that there are no guarantees at this level. Harry Kane and his team will need to be at their best to prevail!

Sven-Goran Eriksson: Following a playing career in the Swedish lower divisions, it was as a manager that Sven was to make his true mark on the game. He began as Tord Grip’s assistant at Degerfors. A year later, Grip left the club and Eriksson became manager. After initial success he was approached by IFK Gothenberg and from there his rise to the top was swift. He led IFK to the UEFA Cup in 1982, the first ever European triumph by a Swedish side, before moving to Benfica where he won 2 league titles and made another UEFA Cup Final. He then joined Roma, winning the Coppa Italia in 1994 before joining Lazio, achieving a famous Serie A title in 2000, as well as the Coppa Italia in 1998 and UEFA Cup Winners’ Cup in 1999. England came calling and Sven took over in January 2001, he went on to become England’s longest-serving manager since Sir Bobby Robson. In all he managed England in 67 matches, losing just 10, and saw the country to 3 consecutive major championship finals, the 2002 and 2006 World Cups, and Euro 2004, reaching the quarter-finals in each. We are delighted to welcome Sven to Edgbaston!

Paul Merson: After making his debut in 1986, Paul was a regular on the right wing in the unforgettable 1988-89 season, when Michael Thomas scored with almost the last kick of the season at Anfield to bring the title back to Highbury. During that legendary season, Paul scored 10 goals from the wing, broke into the England U21 side, and was named the PFA Young Player of the Season. He went on to have a long and glorious career with The Gunners, making 423 appearances and scoring 99 goals in all competitions; he won another League title in 1991, as well as the FA and League Cups in 1993, and the Cup Winners’ Cup in 1994. His first senior England cap came in 1991, and although he wasn’t always a regular, he went on to win 21 caps for his country, scoring 3 goals. On leaving Arsenal, he enjoyed spells with Middlesbrough, Aston Villa and Portsmouth. One of the game’s most colourful characters, Paul is now one of the most highly-rated speakers on the circuit.

David Fulton:  David enjoyed a 15 year career with Kent, playing in 200 First Class matches with an average in the high 30s, and over 100 one day games. His best season came in 2001, when he scored an incredible 1892 First Class runs at an average of just under 76, being crowned PCA Player of the Year. Since retiring from the game in 2006, David has forged a career as a cricket journalist and event host, appearing regularly on Sky Sports’ cricket coverage. In 1993 he took the catch to dismiss Viv Richards in his final First Class innings! A huge football fan, David has previously hosted our Long Room Lunch and Birmingham Gold Cup Lunch on numerous occasions as well as last year’s Euro 2020 screening featuring England and the Czech Republic.

Edgbaston Stadium: We are delighted to be holding our event in the Banqueting Suite at Edgbaston Stadium, which is a fantastic large facility, perfectly suited to our event. This is the stadium’s premium pitch-facing facility, enjoying magnificent views over the middle, and plenty of natural light. Our guests will enjoy quality dining and service for which Edgbaston is rightly renowned, with ample complimentary parking for all attendees. 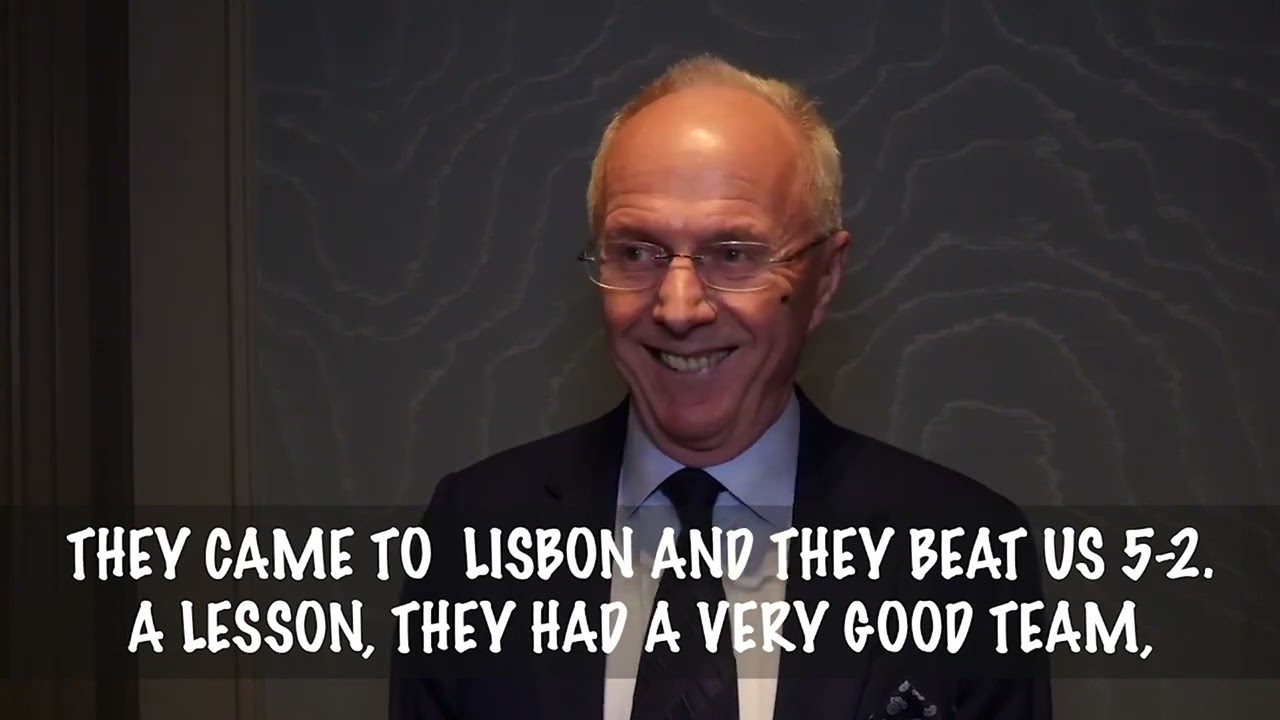 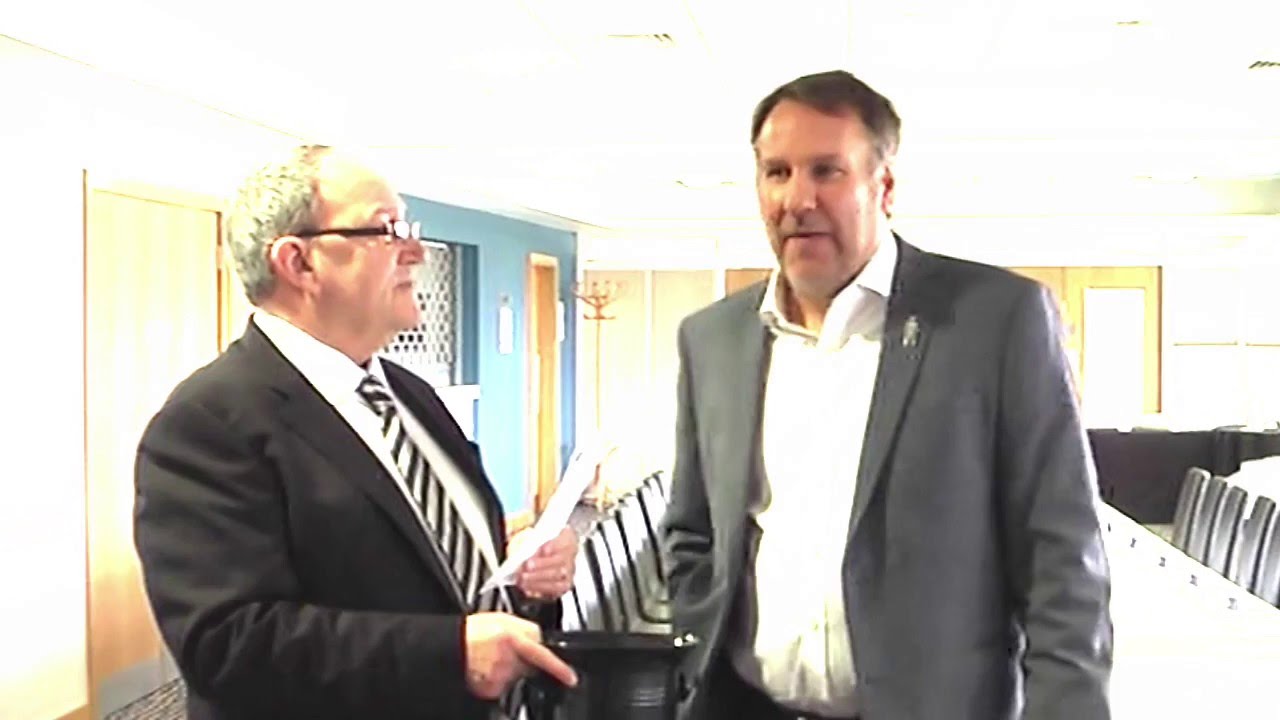 Great to have @GalaEventsUK back at Edgbaston tonight for #EURO2020

A great line up of special guests to take the guests through all the action!