An Evening with John Barnes

On a gorgeous early summer evening at Truro High School, we were joined by 150 guests in our luxury marquee for an ‘Evening with John Barnes’. Early arriving guests soaked up the early evening sun with a drink out on the lawn in front of our facility, with our Gold ticket holders going through for a private drinks reception and a photo with the Liverpool and England legend.

Guests were seated for dinner by host Adam Leventhal, and were served a Thai fish cakes starter, followed by a delicious blade of beef main course with all the trimmings. Plenty of drinks were flowing as the atmosphere built for the great man to take to the stage. With the silent auction attracting some good bids, there was plenty of top class memorabilia on display. A signed Cristiano Ronaldo shirt proved very popular, as well as plenty of excellent Liverpool memorabilia for all the fans in the room.

Our host for the evening was Sky Sports News presenter Adam Leventhal, who marshalled proceedings with his usual panache. Once our guests had finished dessert, there was time for a top-up from the bar, before Adam welcomed the Kop icon to the stage to enthusiastic cheers.

John was straight into his stride, first discussing his legendary goal against Brazil at the Maracana in 1984 when he seemed to go past the entire Brazil defence; John’s take on the goal was much more self-effacing, saying a lot of luck was involved and he had no idea which way he was going to turn next! To the fans it looked like it was an act of genius, but the reality was that it was all completely unplanned as he went forward with the ball!

Working with some of the all-time greats at Liverpool, John delved into his Anfield career to share some of the highlights, and the biggest lows. During his first season at the club, John had an absolute stormer, scoring 15 League goals and winning the PFA Player of the Year award, as Liverpool comfortably won the top flight title. However, in the same season they were also famously beaten by Wimbledon in the FA Cup Final, and it was fascinating to hear from John about the build-up to that game, particularly the infamous ‘white suits’ worn by the players.

Perhaps the biggest low point was the legendary last minute loss to Arsenal when Michael Thomas scored at Anfield to steal the title for the Gunners. John went into great detail about the moments building up to THAT goal, when he lost the ball to Kevin Richardson, deep in the Arsenal half. John took a lot of flak at the time, but to this day does not regret what happened – hindsight is a comfortable chair! He more than made up for it the following season, scoring 28 goals in all competitions as Liverpool romped to the 1989/90 title in style.

He shared some great stories about working with the likes of Peter Beardsley, Graeme Souness, Steve McManaman and player boss Kenny Dalglish, as well as his relationship with managerial legend Bobby Robson. His perfect manager would be a combination of the three greats he worked under; the man-management of Graham Taylor, the tactical nous of Dalglish, and the motivational brilliance of Bobby Robson. His stories about the madcap goalkeeper Bruce Grobbelaar had the audience in stitches, particularly regarding Bruce’s tendency to exaggerate his stories about his early career!

Perhaps the highlight of the evening was an impromptu rendition of his own rap section from probably the greatest football song ever, ‘World in Motion’ by New Order. It was brilliant, and brought the house down as John left the stage!

Our comedian Jed Stone rounded off a cracking evening with an hilarious set, which included plenty of good-natured mickey-taking of one or two members of the audience. He finished off with a musical turn of his own; a unique take on big brand advertising which had everyone laughing.

All in all, another great night in Truro; thanks to everyone who worked on the night to make the event a great success at Truro High School, to our assembled guests for their support, and most of all to John for being such a legend!

Read more
John lines up with a group of guests 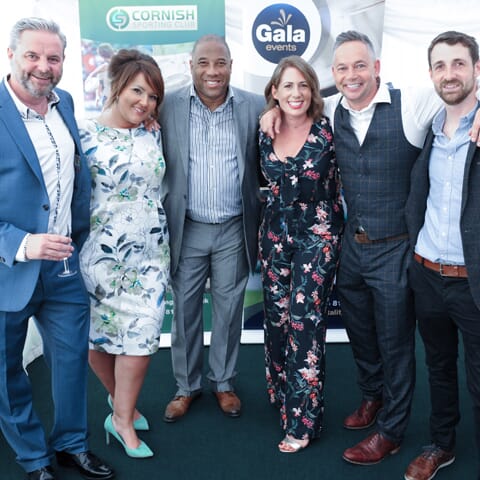 John Barnes had our guests enthralled with tales from his career 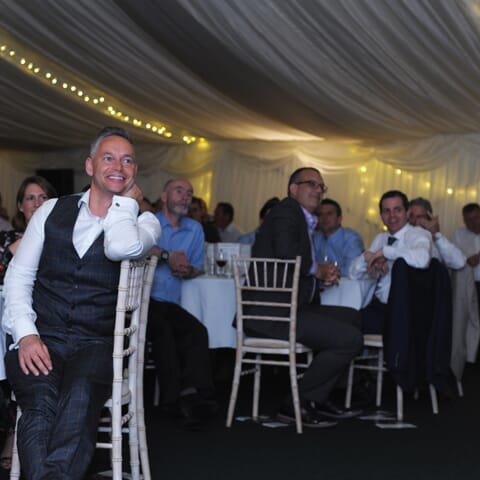 The stage was set for our Evening with John Barnes 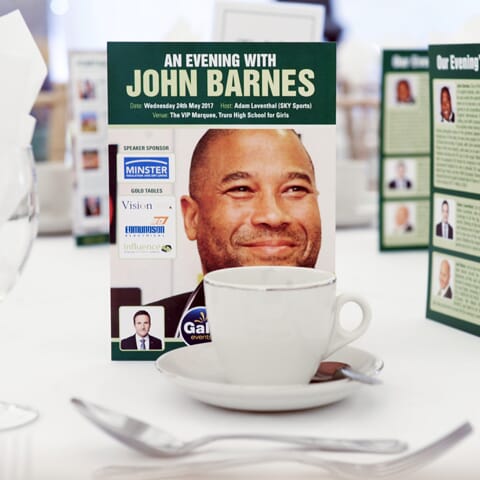 John Barnes signing a 1988 Panini football for a grateful guest 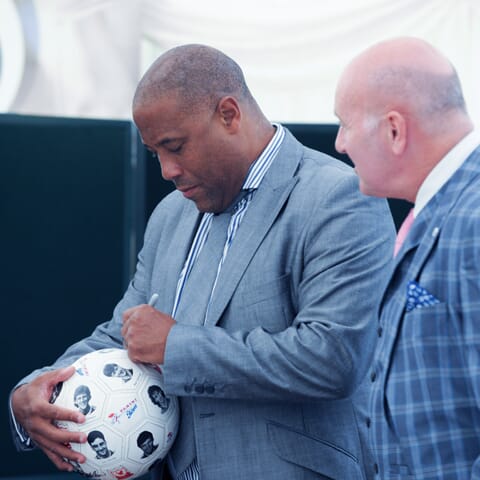 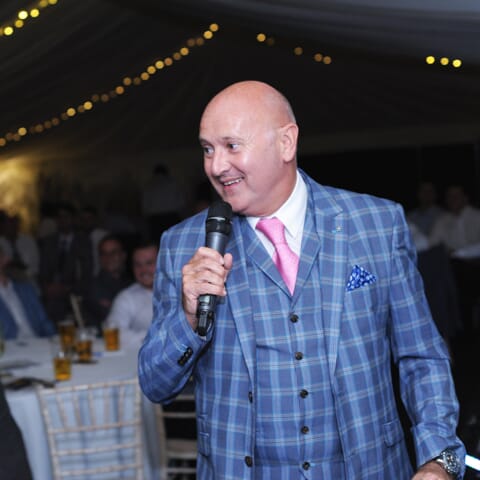 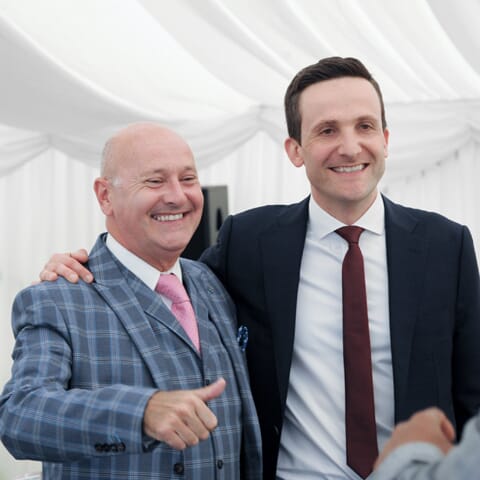 It was nice to see so many lovely couples at the event! 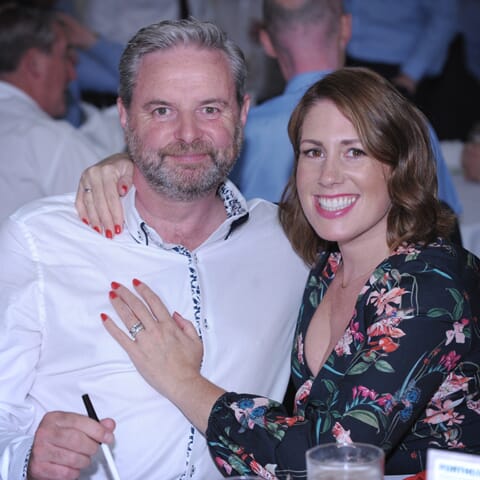 There was some great memorabilia up in the silent auction 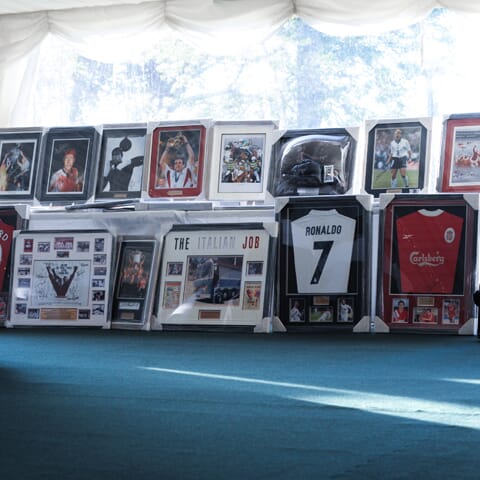 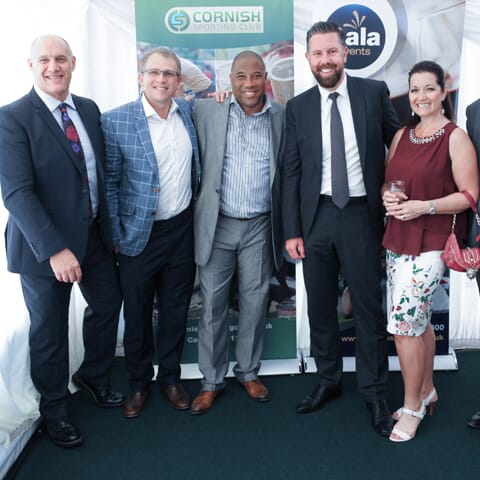 John Barnes on stage, as good on the mic as he was on the ball! 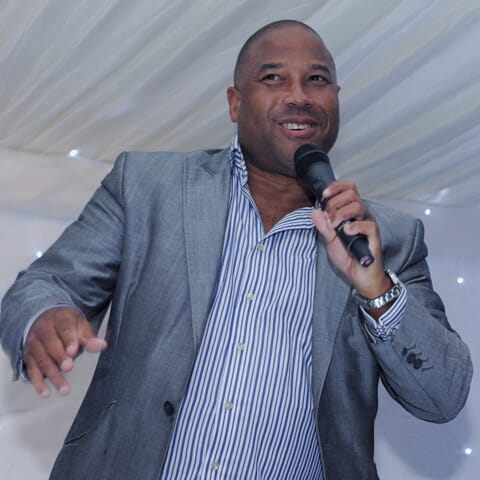 Lots of smiling couples were in the room! 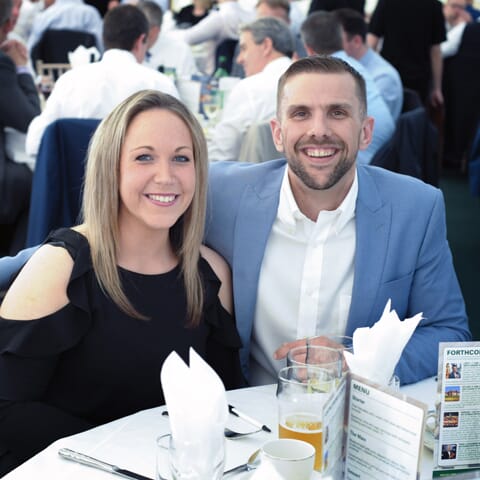 John Barnes wowed the audience with an impromptu rap at the end! 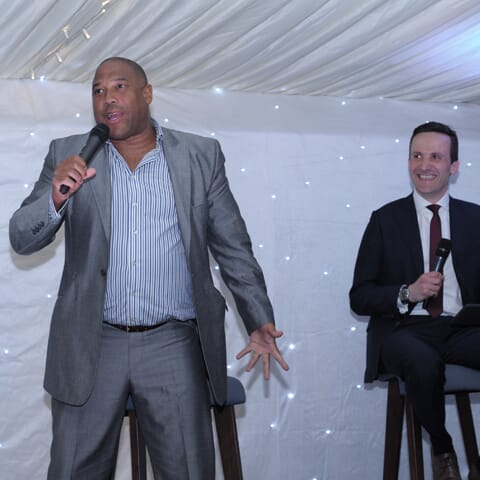 The stage looked fabulous in our luxury marquee 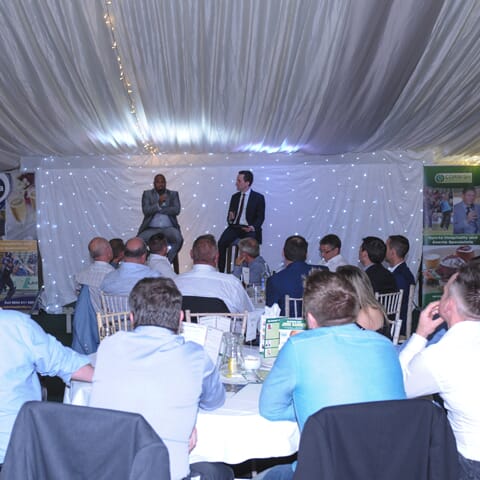 Jed Stone had guests in stitches with a cracking comedy set 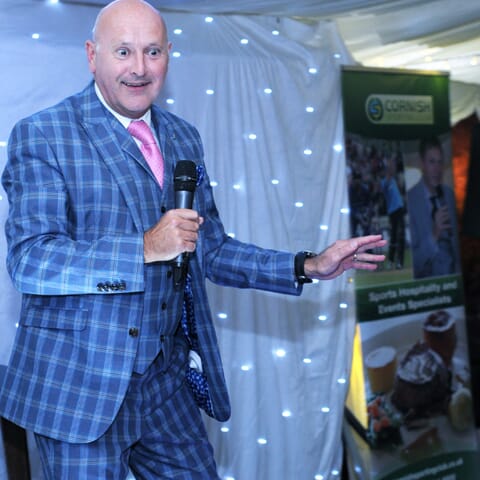 A Thai fishcakes starter was served to guests 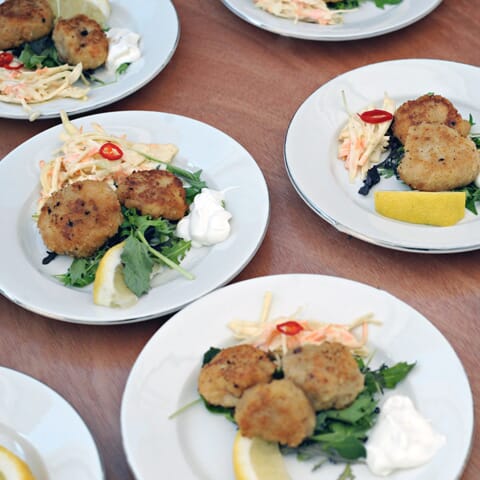