Our Birmingham Gold Cup Lunch at Edgbaston in March proved to be our most successful yet, as over 300 guests gathered together for an afternoon of world class National Hunt racing, including the ‘Big One’: The Cheltenham Gold Cup. Our VIP speakers for the day were former Manchester United and England winger Lee Sharpe, and ex-Liverpool, Tranmere and Real Sociedad goal machine John Aldridge. With Sky Sports Racing’s Kevan Minter aka ‘The Colonel’ providing the tips, bookmakers taking bets in the room, and the action beamed onto the big screen, hopes were high that a few winners would be found!

Our two speakers were both in sparkling form: Lee told some memorable anecdotes about working under Alex Ferguson, playing with maverick genius Eric Cantona, and an amusing tale concerning Abi Titmuss. ‘Aldo’ had insights of his own into working with Liverpool legend Kenny Dalglish, following in the huge footsteps of Ian Rush, and an hilarious aside concerning Jack Charlton and the Republic of Ireland at Italia 90!

The Cheltenham Gold Cup was won by 7-1 shot Coneygree, a truly remarkable performance by a novice, and a few canny guests were quids in. The afternoon flew by as the last day of Cheltenham lived up to the hype, and by the end of the day much mirth had been enjoyed. Our thanks go to Lee and John, the staff at Edgbaston, and to our guests for making the event such a roaring success. 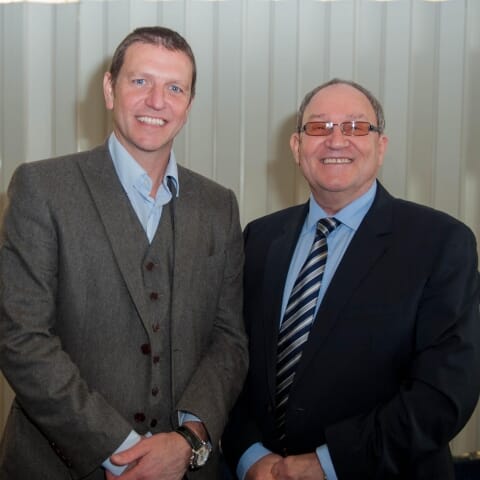 Guests posing with the stars 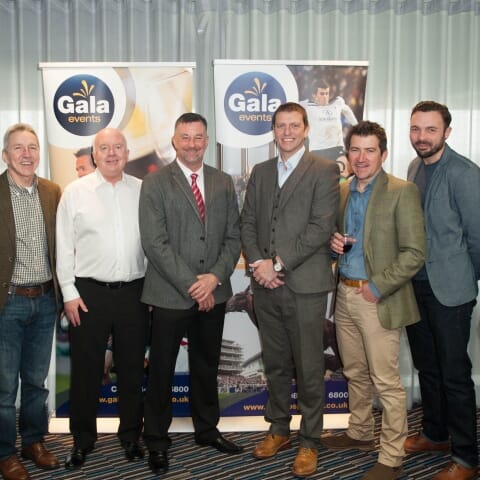 The tables looked splendid as always at Edgbaston 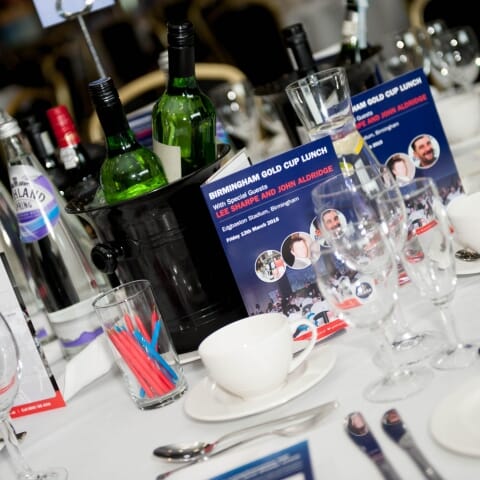 This punter was obviously on the winner! 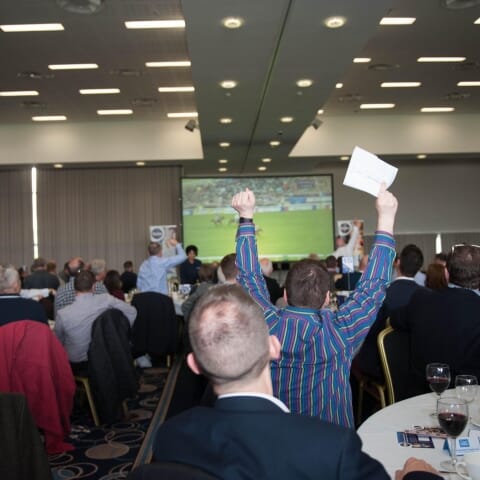 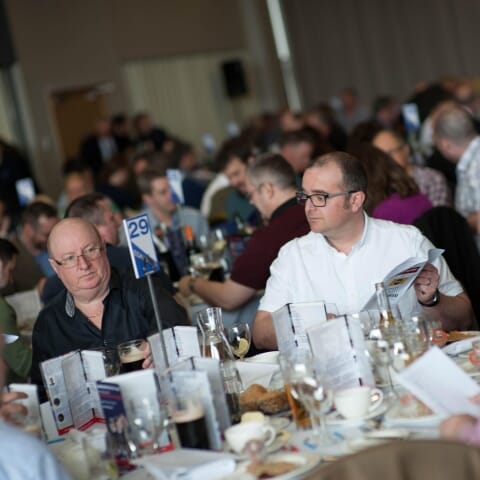 Lee Sharpe was in cracking form 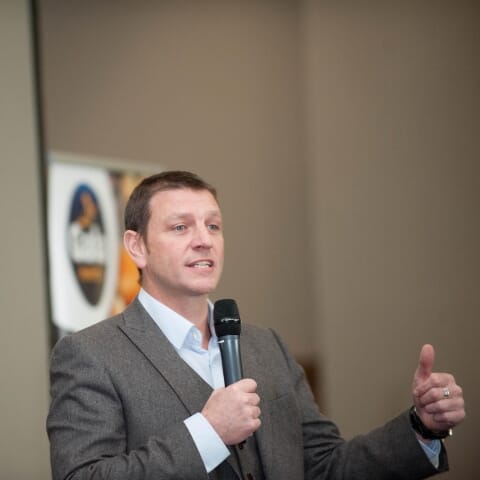 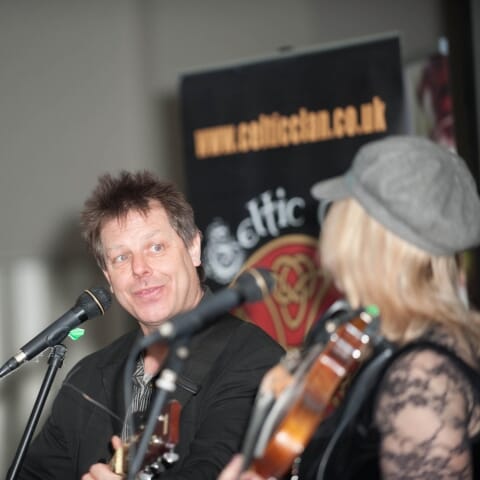 The beers flowed freely all afternoon! 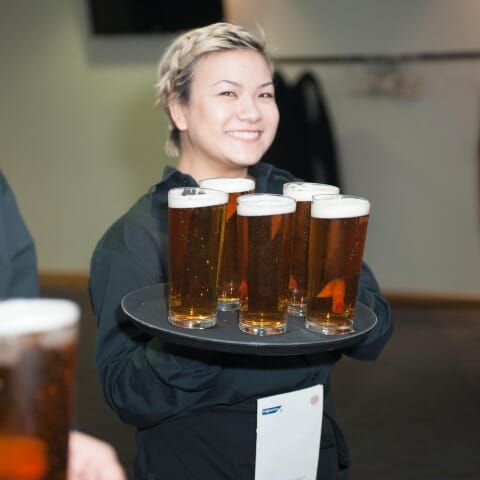 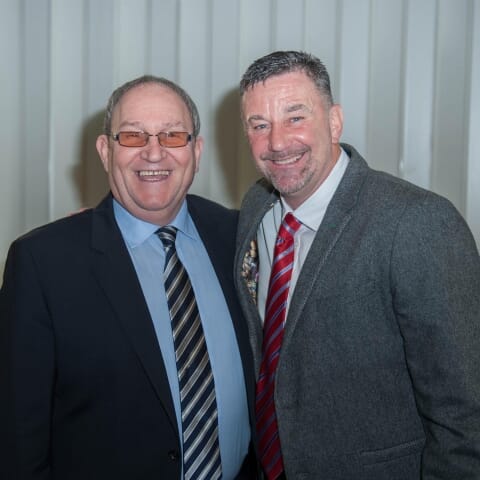 Bookmakers were on hand to take bets on the racing 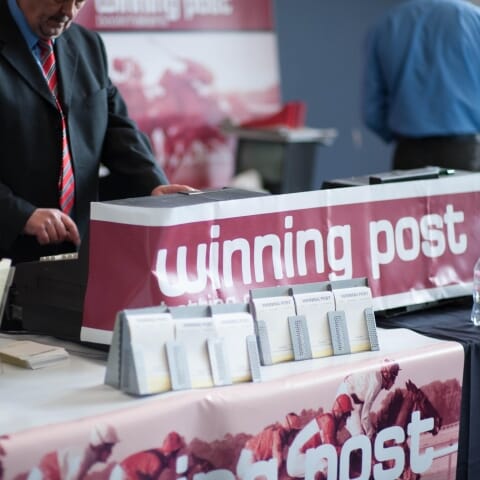 There was some superb sporting memorabilia up for auction 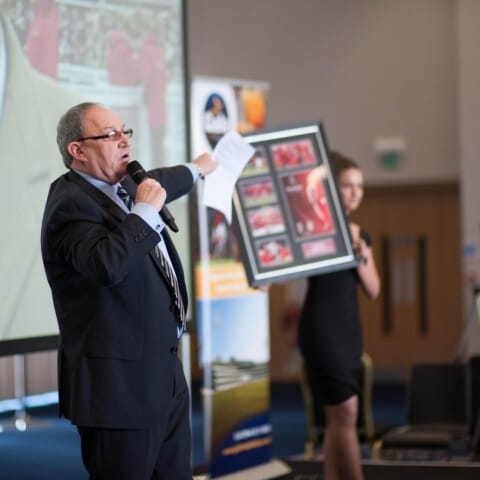 The Cheltenham runners tackle another fence 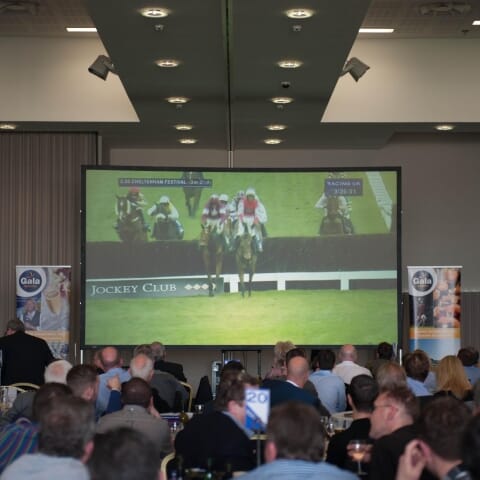 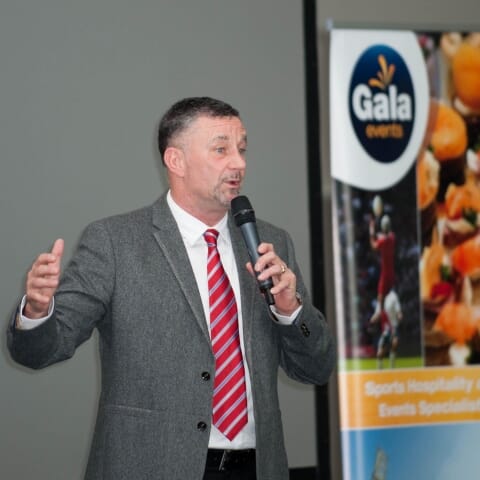 Sharpey shares a joke with a guest 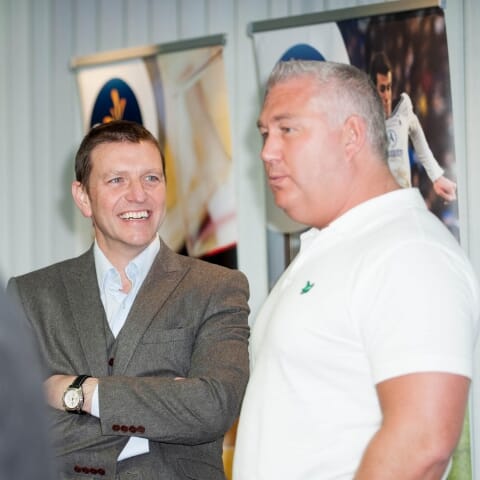 Guests enjoying the banter on stage 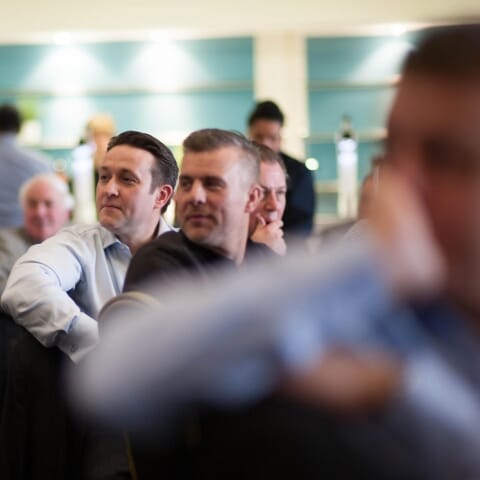