The Teddington Solar 2012 Cornish Cricket Festival was organised through our associated firm, ‘Cornish Sporting Club’. The Festival saw the first ever international game in Cornwall, as England took on India in a NatWest Women’s One Day International.

The celebrations of a victorious England team were the perfect end to the first Teddington Solar 2012 Cornish Cricket Festival. The NatWest Women’s One Day International saw England beat India by 3 wickets, with just 6 balls to spare at Truro Cricket Club, in Malpas on Sunday 8 July.

Spectators watched the pressure mounting as a win for India would have led to them clinching the series, with two other wins under their belt. Yesterday’s victory now means each side has won two games going into a decider match at Wormsley, to be played on Wednesday.

England women’s captain, Charlotte Edwards, said: “We did really well to take it back from India. It was a whole team effort and the pressure was really on. We want to give a big thank you to everyone in Truro who has made this happen, we’ve been brilliantly looked after.” Around 15 ground staff worked all day on Saturday to enable the game to happen. Charlotte said: “It’s been a great experience to play in Truro as many of us don’t get the chance to come to Cornwall that often. This is the type of place we want to play, where we’re appreciated and people come to watch us.”

Cornwall’s first international cricket match was put on by the Cornish Sporting Club as part of the Teddington Solar 2012 Cornish Cricket Festival. Organiser, Alan George, said: “What a fantastic result to end a brilliant event. The festival has been a great success and to watch England win here in Cornwall made it all the more special. We’re looking forward to next year’s festival already.”

The recent bad weather meant that the Men’s Twenty 20 Challenge match – Cornwall v PCA Masters Eleven – due to be held on July 5 had to be cancelled. Alan said: “It was a real shame that rain stopped play on Thursday, we tried our hardest to prepare the ground but the weather was against us. Thankfully the sun shone all day for the international match.  We would just like to say a huge thank you to Mark Jones and everyone who helped us put on this event from Truro Cricket Club and especially our sponsors.”

Russell Geake, from Teddington Solar – the event’s main sponsor, watched the game with the MP for Truro and Falmouth, Sarah Newton, and the Mayor of Truro, Lindsay Southcombe. He said: “It’s great to see women’s cricket being supported and I think it’s a brilliant way of inspiring other young women to take part. One of our German suppliers even flew over to watch the game and he thoroughly enjoyed it.”

The player of the match award was given to Jenny Gunn who made an impressive 36 runs from 46 balls. Jenny said: “I had a few nerves but I had to get over them and get out there to support the team.”

The event saw 200 hospitality guests enjoy a three course lunch, with seats in a VIP area to watch the cricket. Former England Captain Mike Gatting spoke to guests during the lunch, with interviews also taking place with the Head of Women’s cricket for the ECB, Clare Connor and the former England wicket keeper and only Cornish born male Test player, Jack Richards. 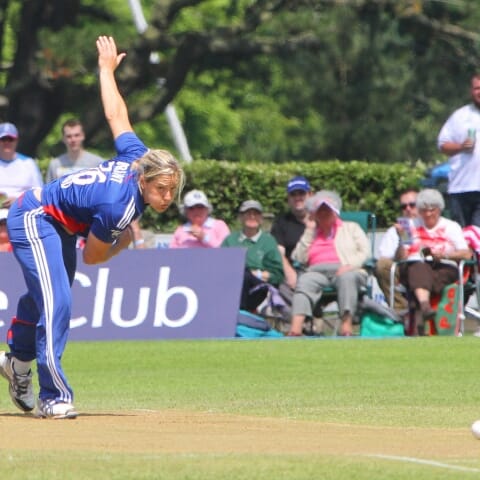 Play goes on as spectators enjoy their lunch 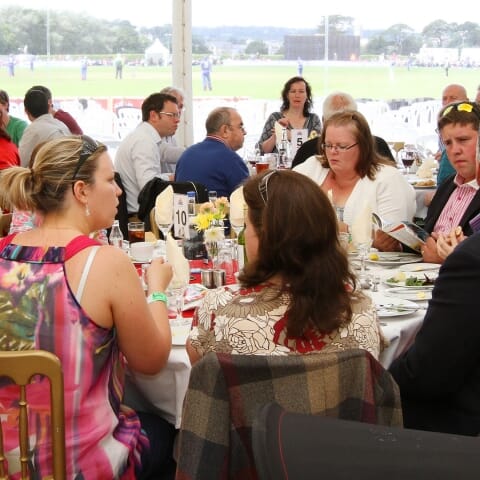 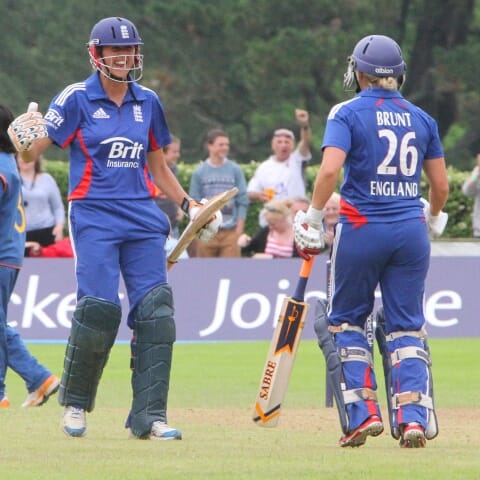 Mike Gatting is interviewed during lunch in the hospitality lounge 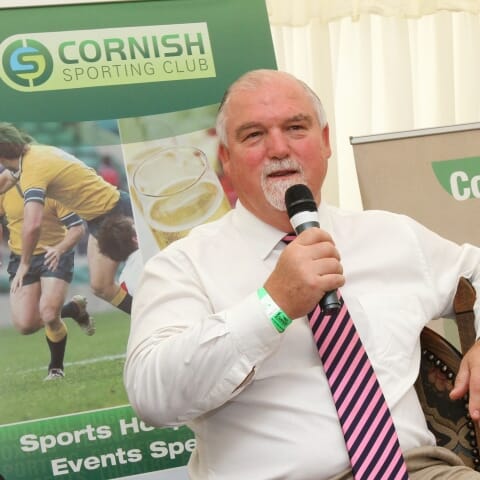 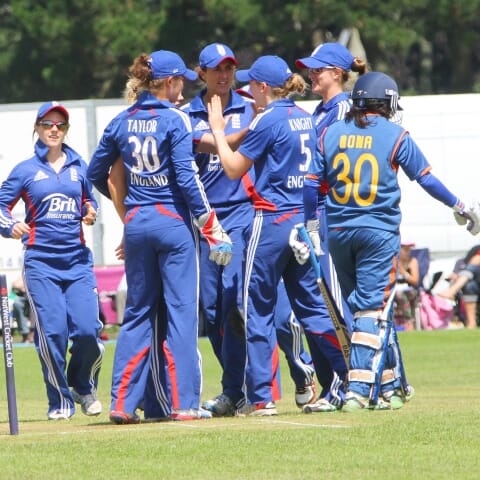 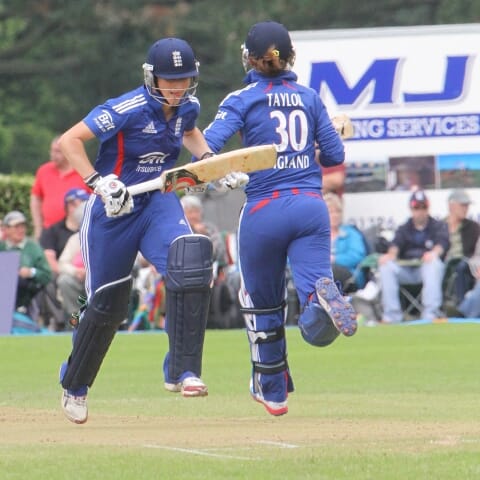 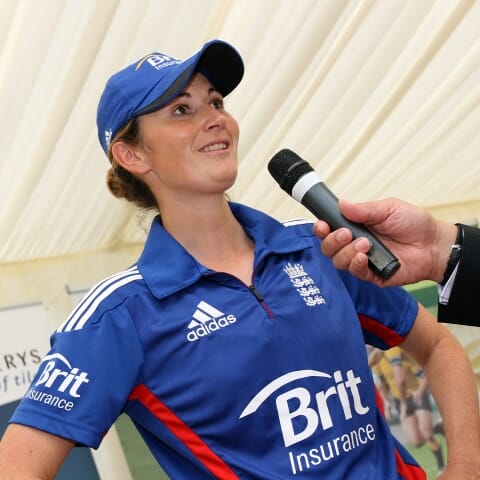 Head of Women's Cricket for the ECB, Clare Connor is interviewed in the VIP marquee 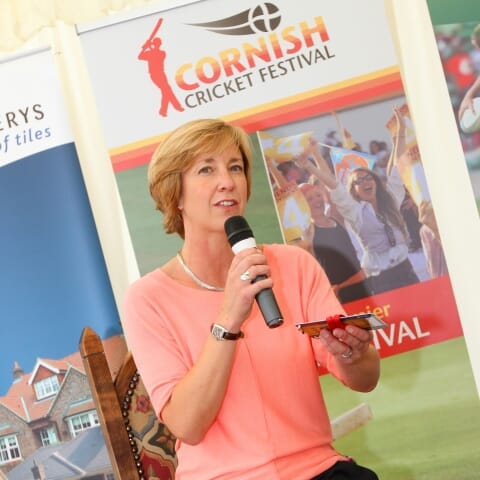 Guests enjoy watching the cricket in the VIP seating area 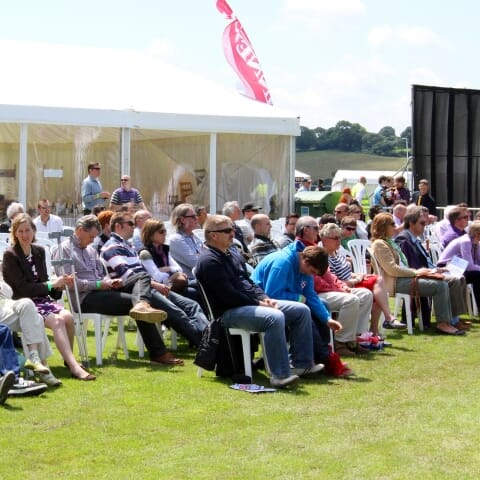 The teams walk out at the start of the game. 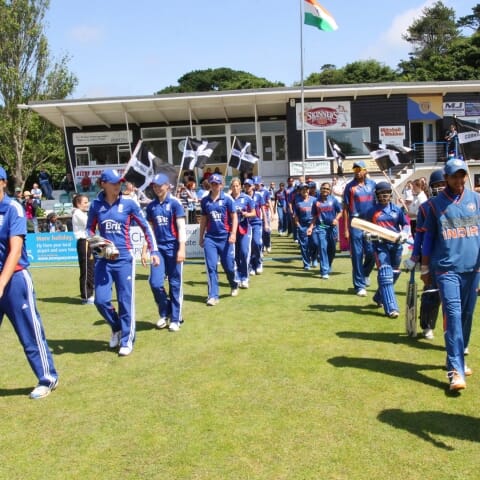 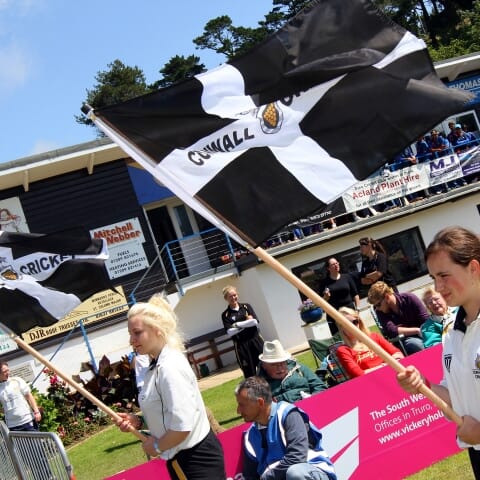 Spectators come through the turnstiles at the start of the day 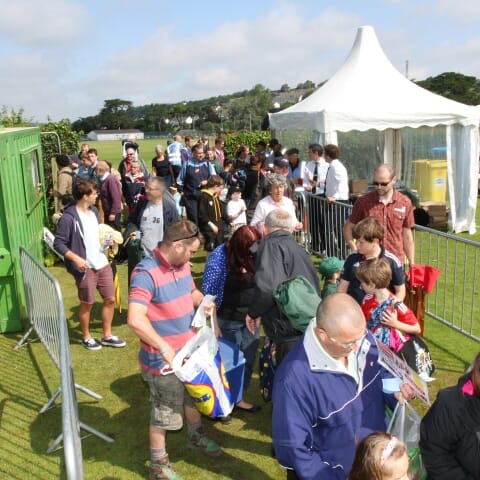 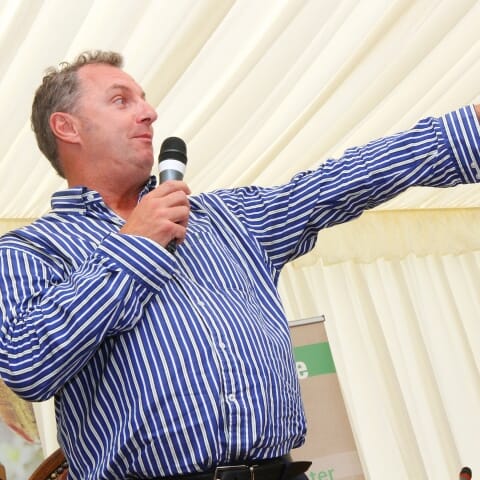 Programmes are sold at the entrance 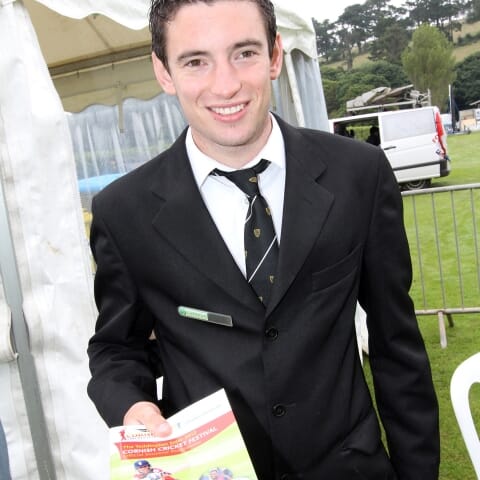 A young member of the crowd has their face painted at the start of the day. 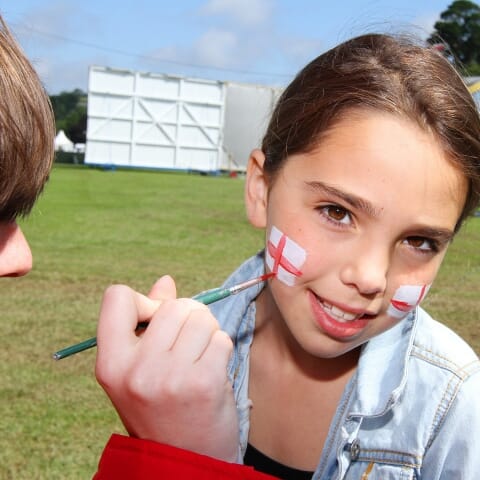