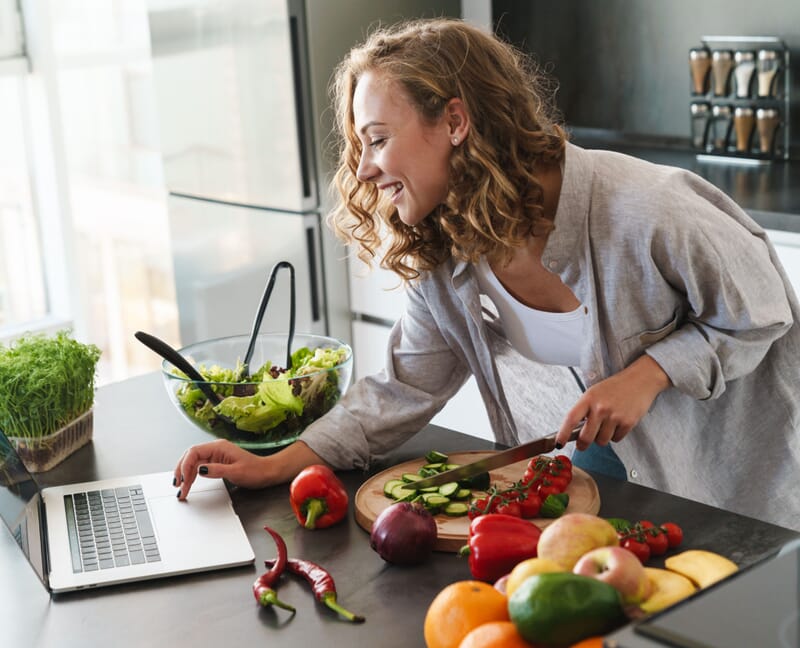 We are delighted to offer a fantastic celebrity online cooking event, where you can choose one of our fantastic chefs to exclusively cook with your group of guests!

Your event will be hosted by a recognisable television presenter who as well as running proceedings, will ask your chef questions about their career. With branded cooking kits sent out to your clients, this will be a fantastic interactive opportunity for your guests to cook a main meal dish created by your chosen celebrity chef in the comfort of their own kitchens.

Your event will be hosted by a recognisable television presenter who as well as running proceedings, will ask your chosen chef some stories about their career. With branded cooking kits sent out to your clients, this will be a fantastic interactive opportunity for your guests to cook a main meal dish created  in the comfort of their own kitchens!

Alternatively why not run your ‘Celebrity Online Cooking Event’ with one of the following other chefs; Michel Roux Jr, Angela Hartnett, Tom Kerridge, Simon Rimmer, Nadiya Hussain, Jean-Christophe Novelli, Priya Tew and Paul Rankin. For a quote on one of these chefs or a different chef you may have in mind to front your online event, please contact us today!

Rosemary Shrager: Reputable British chef Rosemary Shrager is no stranger to the spotlight. Her cooking career was founded working in the esteemed London restaurant Tante Claire, under the watch of Pierre Koffman. Since then her career has gone from strength to strength, boasting an impressive archive of books and television shows of which she has featured on or written. Rosemary has a decade of experience within the industry making her a firm favourite on-screen. Her esteemed television career began in 2007 when she featured on her very own programme Rosemary Shrager’s School for Cooks. Since then she has starred in many other programmes, such as The Real Marigold Hotel, I’m A Celebrity…Get Me Out Of Here!, Culinary Genius and Royal Upstairs Downstairs.

Chris Eden: Chris is without doubt one of the UK’s leading chefs, appearing on the BBC’s ‘Great British Menu’ and becoming the first Cornish born chef to win the prestigious Michelin Star. He is now executive head chef of arguably the most celebrated hotel in the South West, the five-star Gidleigh Park in Devon. He was awarded his Michelin star in 2012, retaining the star ever since and was additionally awarded a fourth AA rosette in 2018. Chris also does a lot of work with Ginsters, helping them to develop new flavours and ranges for their highly popular pasties.

Michel Roux Jnr: Michel is a judge and presenter on the BBC’s popular prime time show, MasterChef: The Professionals, and has been a presenter on all three series of ‘Great British Food Revival.’ After deciding to follow in his father’s footsteps, he left school at 16 for the first of several apprenticeships at Maître Patissier, Hellegouarche in Paris from 1976 to 1979. After a stint at the Mandarin Hotel in Hong Kong he returned to London and worked at La Tante Claire before joining the family business. He took over running Le Gavroche in 1991, gradually changing the style of cooking to his own – classic French with a lighter, modern twist. Michel opened Roux at Parliament Square in May 2010 with Restaurant Associates, part of the Compass Group UK and Ireland. And in November 2010, he opened Roux at The Landau at London’s prestigious luxury hotel, The Langham.

Dean Edwards: Making his debut on ITV’s ‘This Morning’ in 2009, Dean Edwards has been starring opposite Lorraine Kelly once a week for the past thirteen years, where his friendly persona has made him a huge favourite to millions of viewers weekly. After bursting onto the chef circuit – coming second in BBC’s MasterChef Goes Large in 2006 – he sought to change his life radically. Dean left his career as a “digger driver” to pursue his love of cooking. A stint at the two Michelin-starred Midsummer House in Cambridge followed, after which Dean returned to Bristol, ready to pursue his future foodie career.

Ching He Huang: With eleven TV shows and ten cook books, Ching He Huang has been at the cutting edge of Chinese food for over a decade. Born in Taiwan to Chinese parents, Ching’s culinary influences stem from the traditional cooking styles of her grandparents, who came from a farming community in southern Taiwan. Ching is known for her appearances on various cookery programmes, including ITV’s Saturday Cooks and Daily Cooks, and UKTV’s Great Food Live. She is a regular guest on the BBC’s Saturday Kitchen hosted by Matt Tebbutt (and previously hosted by James Martin).

Tom Kerridge: Tom is the incredibly popular and loveable chef patron at the extraordinary two Michelin-starred Hand & Flowers pub in Marlow, which he opened with wife Beth in 2005. In 2013, Tom also went on to present BBC1’s new afternoon cooking show Spring Kitchen. In 2014, Tom has took on hosting BBC2’s flagship cookery show Food and Drink. He cooked alongside other TV heavyweight chefs, championing seasonable produce and creating dishes accessible to everyone at home every Friday night on BBC2. Prior to having his own show, Tom appeared on shows such as Market Kitchen, MasterChef the Professionals, Saturday Kitchen and has competed and won the main course twice on BBC2’s Great British Menu. No-one else has ever won twice!

Simon Rimmer: Simon is the chef and co-presenter of Sunday Brunch, the Sunday morning show waking up the nation with a mix of chat, current affairs, guests and food. Simon has a wealth of TV experience, and has appeared across many channels including BBC, ITV, C4, C5 and UKTV. Following the success of Sunday Brunch, Simon co-hosted a C4 documentary Tricks of the Restaurant Trade, giving insight into the tactics employed by many high end and high street restaurants to entice customers, which followed up with a popular series 2. Simon’s popularity really took off when he landed a role on the BBC2 Sunday show – Something for the Weekend, on which Simon cooked and interviewed guests alongside his co-host Tim Lovejoy.

Nadiya Hussain: Nadiya is a baker, columnist and television presenter, who rose to fame after winning the BBC’s sixth series of The Great British Bake Off. Nadiya has since gone on to travel to Bangladesh to trace her culinary roots in The Chronicles of Nadiya, present The Big Family Cooking Showdown, and has written several cookery books in addition to her weekly column for The Times Magazine. She has been commissioned by Disney, the London Dungeon and Buckingham Palace to make an Alice Through the Looking Glass inspired cake, a Great Fire of London-themed loaf, and the Queen’s 90th birthday cake, respectively.

Jean-Christophe Novelli: A Michelin star-holder several times over and the winner of numerous awards and accolades, Jean-Christophe has been cooking professionally since he was 14-years-old. Being taught first-hand by a number of master chefs through his years led Jean-Christophe to believe that studying under a professional was the best way to learn about cookery, so he opened his doors to the public with the Novelli Academy held at his 14th century Hertfordshire farm house.

Your event will be hosted by a recognisable television presenter who as well as running proceedings, will ask your chosen celebrity chef some stories about his career. With branded cooking kits sent out to your clients, this will be a fantastic interactive opportunity for your guests to cook a meal with your chosen celebrity in the comfort of their own kitchens! 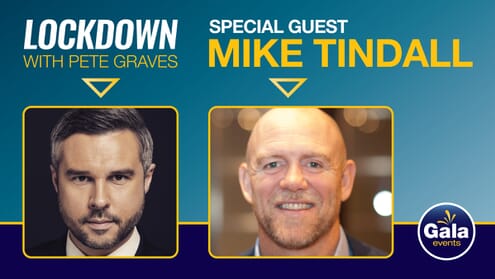