An Evening with The Sporting Heroes

Curbishley spoke about installing discipline in the West Ham dressing room on his arrival and his hopes for England in the forthcoming 2010 World Cup. Vickery told about how proud a moment it was to win the World Cup back in 2003 and Thorpe shared some classic tales of sharing a dressing room with the likes of Darren Gough and Phil Tufnell!

The night was rounded off with some hilarious comedy from John Stiles, who is the son of 1966 Football World Cup winner, Nobby Stiles.

The below photos capture some of the evening’s best moments.

Our Evening's Sponsor's Beazley, have their photograph taken with our guest speakers. 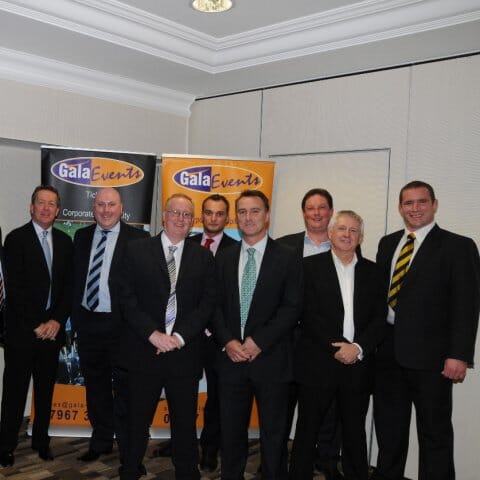 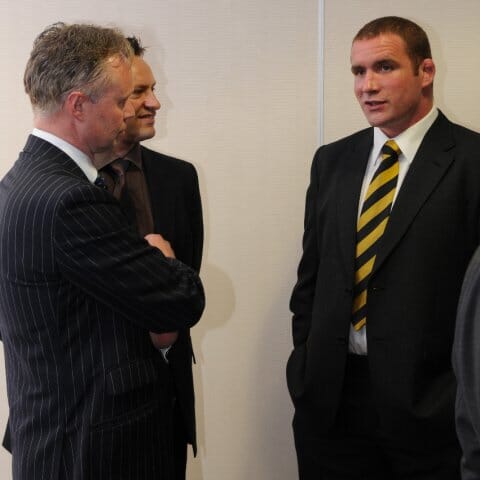 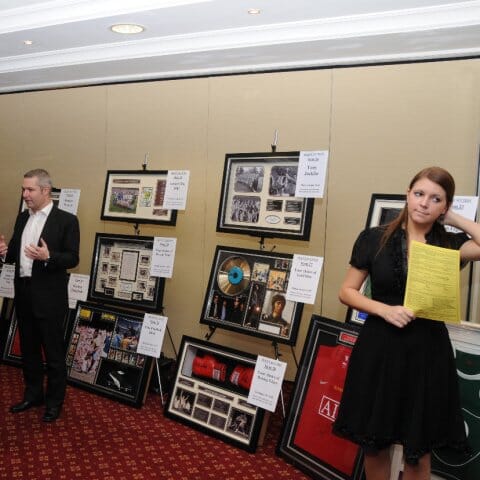 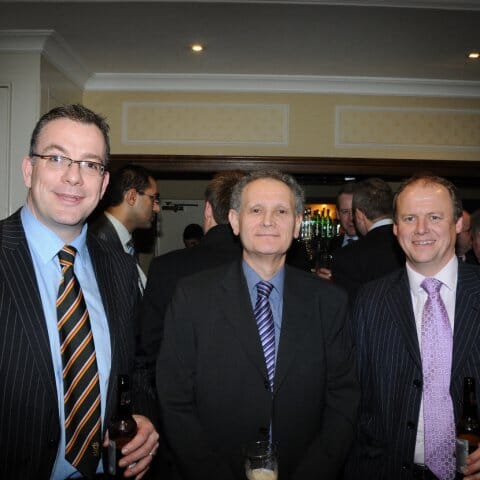 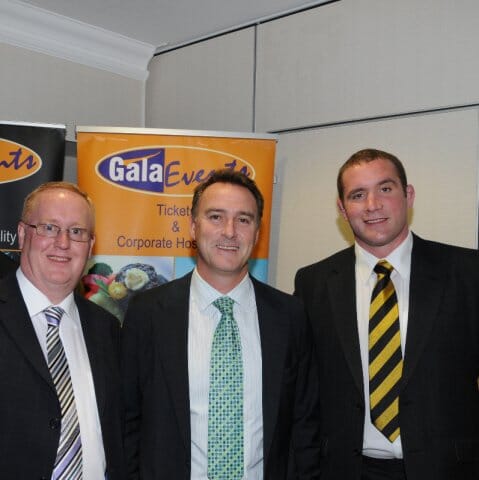 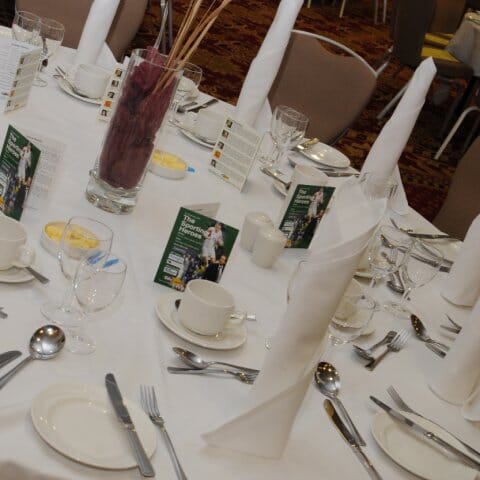 Phil Vickery tells a funny story to the amusement of Graham Thorpe to the right! 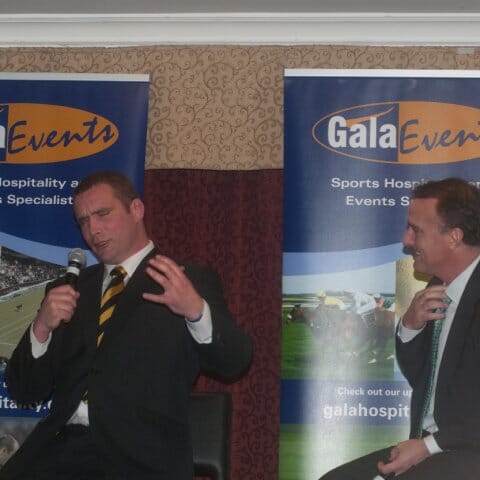 Alan Curbishley and Phil Vickery share a joke on stage! 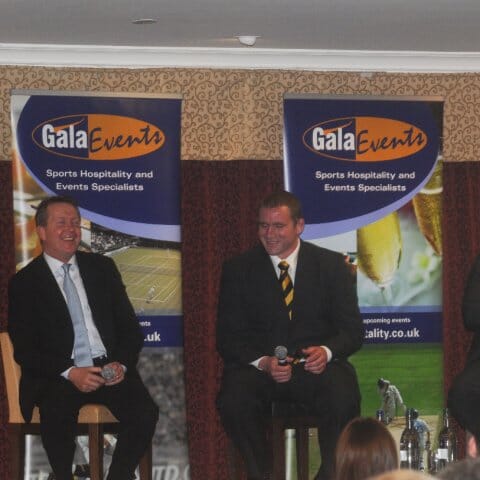 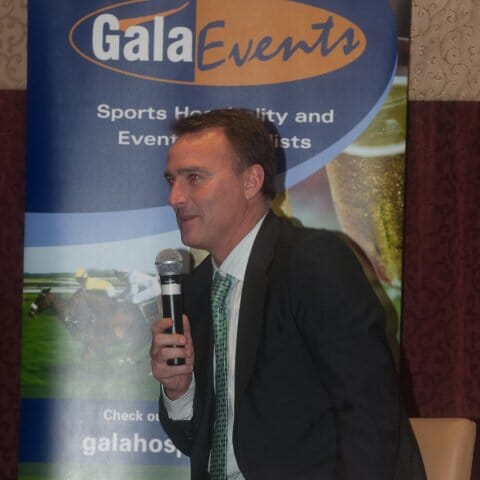 Guests enjoy the evening at their table 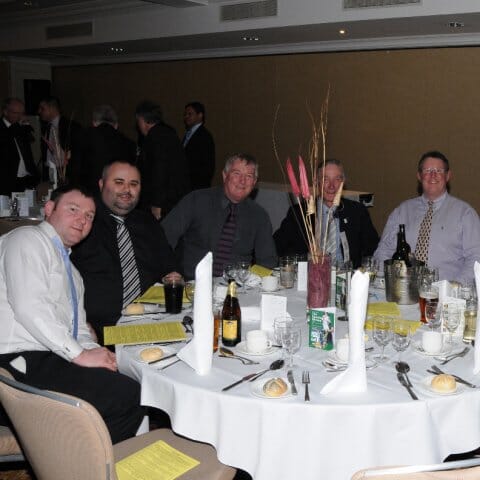 Our Three Sporting Heroes pose for a team photo! 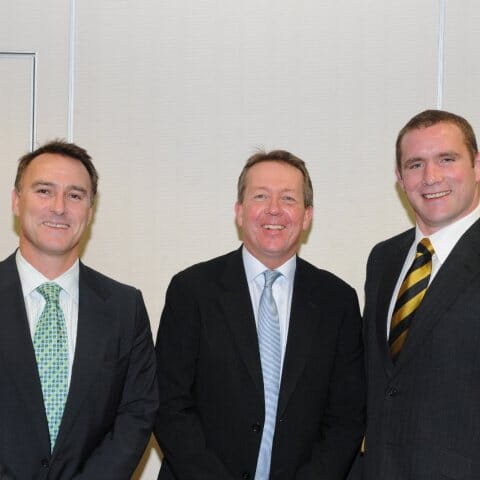 Comedian John Stiles concludes the evening in his own hilarious manner! 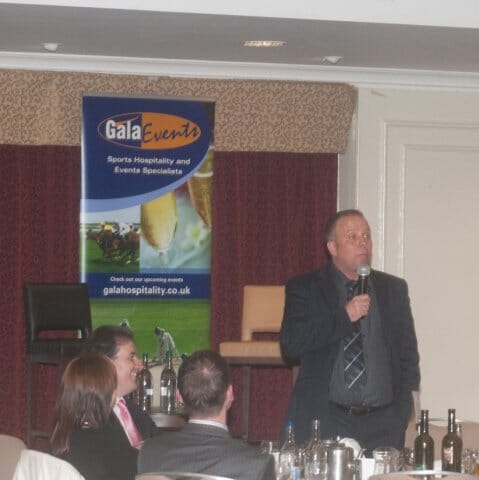