Our first ever Royal Ascot Lunch at Edgbaston took place in June, with our very special guest, former England manager, and Spurs and England midfielder Glenn Hoddle. Building on the success of our well-established annual Cheltenham Gold Cup Lunch, our guests were treated to coverage on the giant screen of the entire card from flat racing’s blue riband meeting at Royal Ascot. This was a day for real sports enthusiasts, as not only did we have a football and horse-racing theme, but to finish off an eclectic day of entertainment, guests were able to relax outside in the evening sun to watch Birmingham Bears take on Leicestershire Foxes in a crucial Natwest T20 Blast fixture.

After another excellent lunch at Edgbaston, Glenn took to the stage to great applause, and proceeded to entertain everyone with a range of witty and insightful anecdotes from his illustrious career, both as a world class midfielder with Spurs and England, and as manager of the national team. A keen follower of the ‘Sport of Kings’ himself, Glenn was in fine form, discussing the highs and lows of his footballing life. His recollections of his playing career at Spurs, including winning the FA Cup were a highlight, and it was particularly fascinating to hear from Glenn about all the characters in his England squad, which included the likes of Tony Adams, Paul Ince and a young David Beckham. England’s win rate during Hoddle’s reign was impressive, only Sir Alf Ramsay and Fabio Capello bettered it as manager.

It was a thrilling afternoon at Royal Ascot, and with our own bookmaker in the room, and SKY Sports tipster Kevin Minter, plenty of bets were taken, and more than a few of our guests cheered home winners. The feature race of the day was the Group 1 Coronation Stakes for fillies, which was won in the style of a champion by second favourite Ervedya, just pipping market leader Found by a neck in a tight finish. The other Group 1 race, the Commonwealth Cup was won in commanding style by 10-1 shot Muhaarar, who left his 17 rivals trailing as he won by nearly 4 lengths.

Following the completion of the day’s proceedings at Royal Ascot, and some further refreshments, guests filtered out on to the balcony of the Banqueting Suite to watch the cricket. The views over the middle are as good as any in the ground, and with the Bears opting to bat first, it wasn’t long before the Foxes made in roads into the batters. Captain Varun Chopra fell to Freckingham, before England’s Ian Bell was dismissed by Clint McKay thanks to a brilliant catch by Tom Wells. However, William Porterfield and Tim Ambrose rebuilt, helping the Bears to a total of 160-5. In response, the Foxes got off to a flyer, with Mark Cosgrove particularly impressive. The Bears fought back with three wickets, but in the end the class of Umar Akmal was decisive, his half century seeing the Foxes home with 9 balls to spare.

All in all this was a long day crammed with plenty of cracking sporting action and banter. Our thanks go to Edgbaston for once again hosting a great event for us, to our guests for supporting our first ever Royal Ascot Day, and most of all to Glenn Hoddle who really was a pleasure to work with. 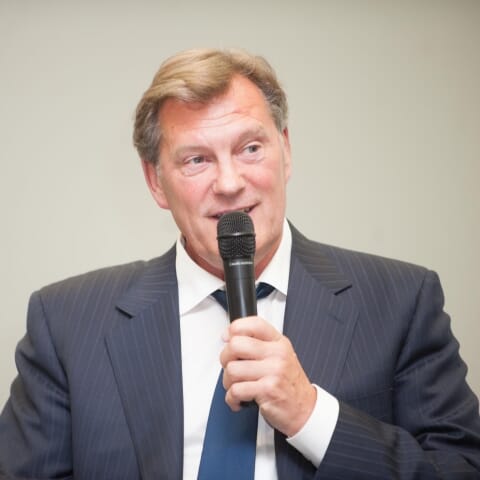 The ladies looking splendid for the big day 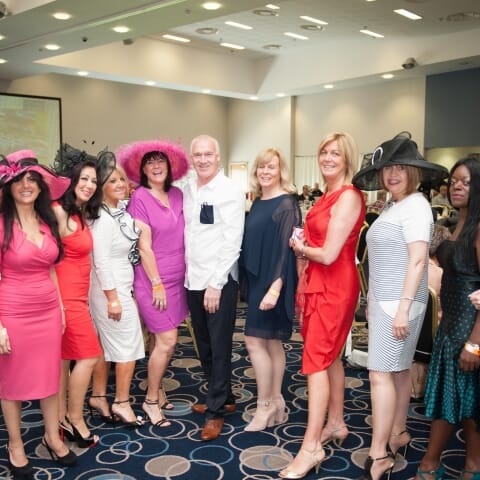 Glenn was a perfect gentlemen, posing for shots with guests 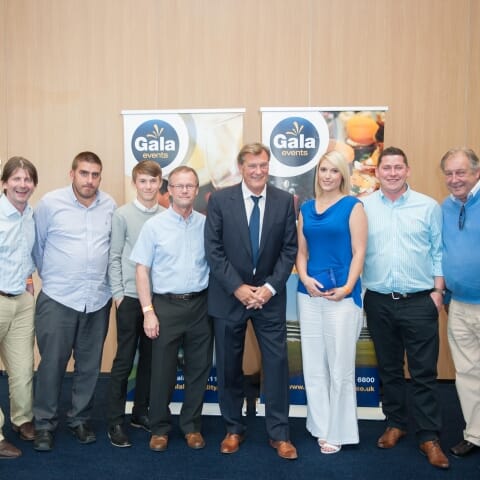 The tables looked great as always at Edgbaston 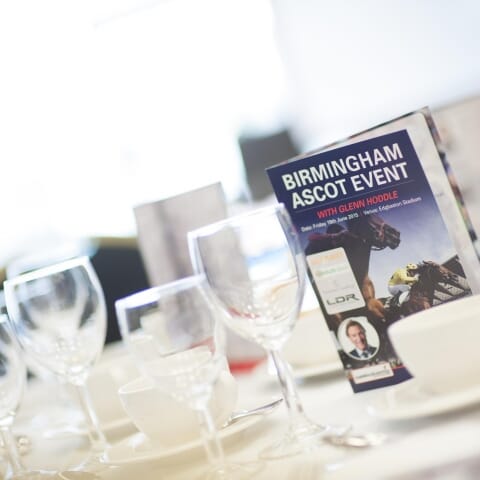 Glenn Hoddle poses with some of our guests 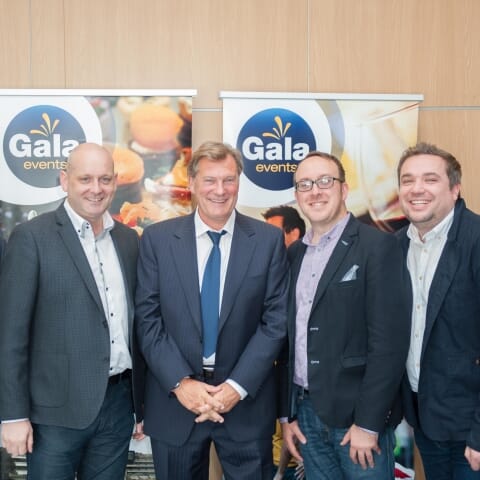 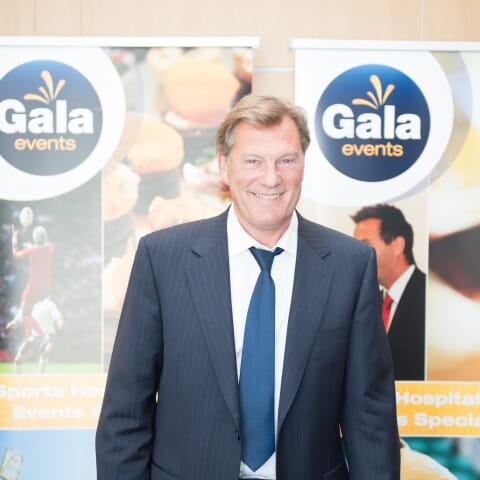 There was some cracking memorabilia up for auction 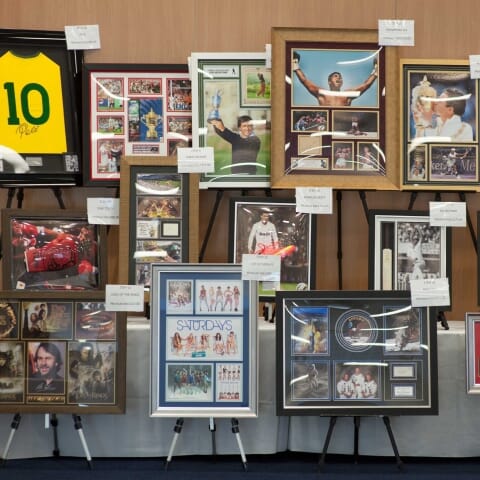 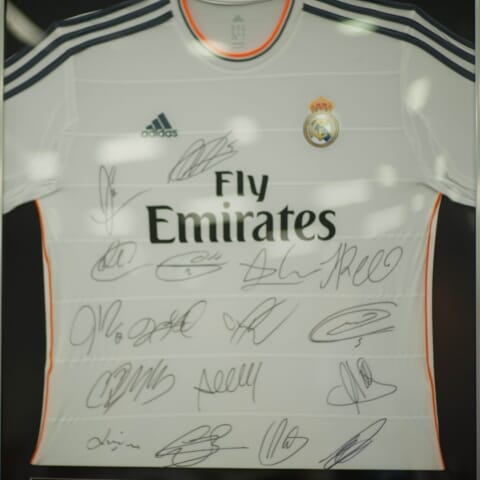 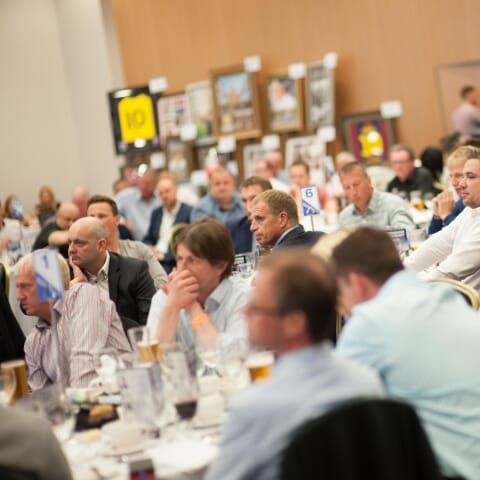 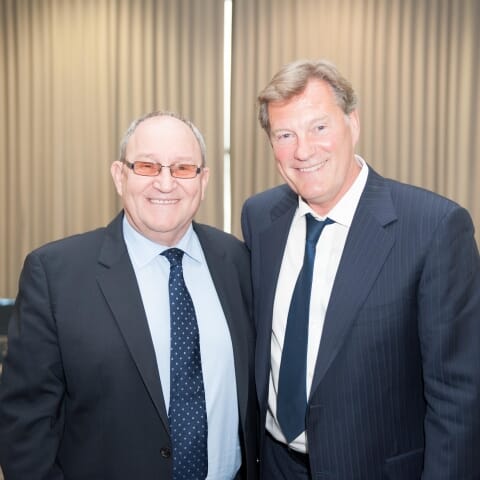 The catering was excellent at Edgbaston 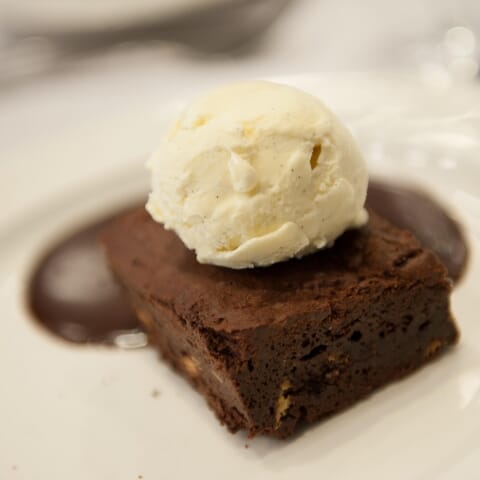 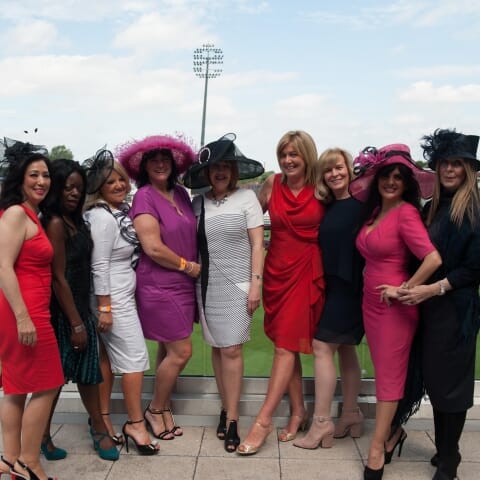 The action from Royal Ascot was beamed through our giant screen 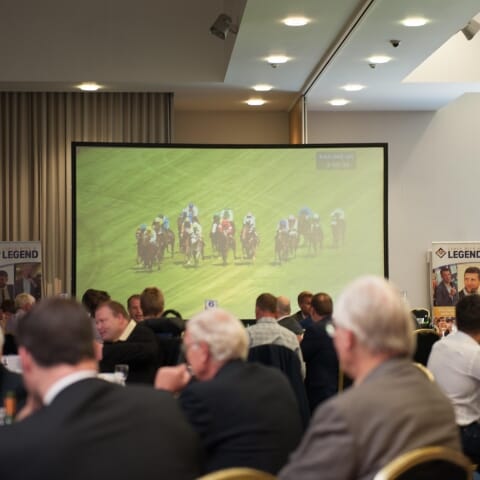 Guests taking in the view from the balcony 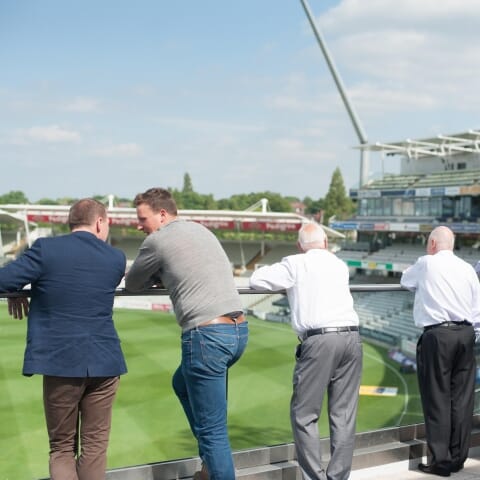 The Bears vs Leicestershire Foxes rounded off a great day 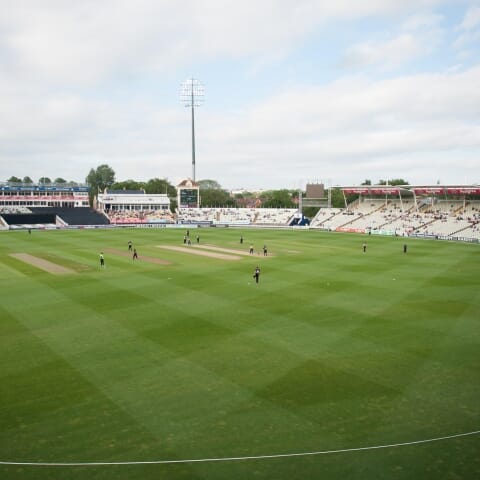