We hosted an entertaining hospitality package for Day 2 of the England v West Indies Test Match at Edgbaston on Friday 8 June 2012.

After a full English Breakfast, the event then featured an hour Question and Answer session with former England stars, Phil Tufnell and Dominic Cork at 8.30am. The pair shared a variety of stories including life on tour with England and their latest ventures into celebrity television, with Tufnell on BBC’s Strictly Come Dancing and Cork on ITV’s Dancing on Ice.

Guest all then had their photographs taken with the pair, which were sent through to them in frames, a fortnight after the event.

The weather unfortunately took a turn for the worse during the day, but guests still enjoyed a bonus interview with the Warwickshire All-Rounder Neil Carter and a three course lunch in our pitch facing suite.

The Test Match eventually ended in a draw, despite a thrilling 95 from West Indies tailender, Tino Best! 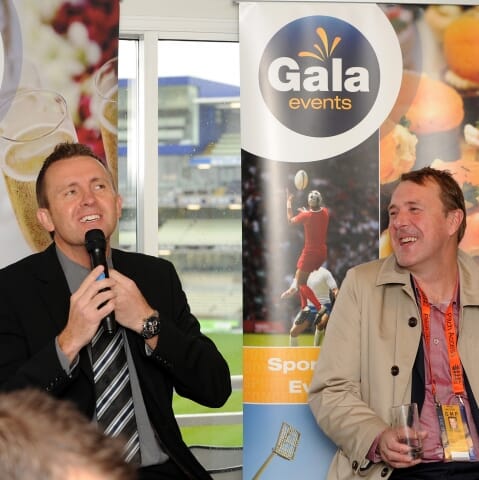 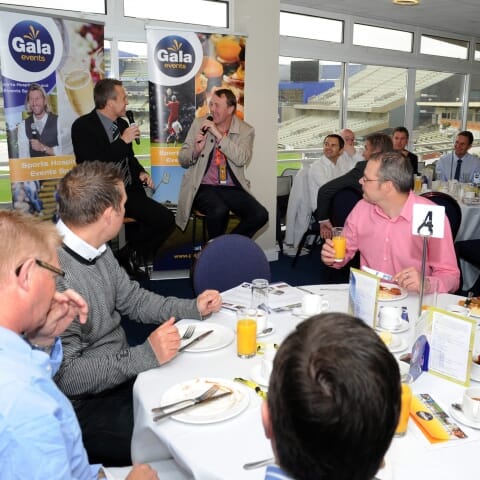 Two guests have their photograph taken with Tufnell & Cork 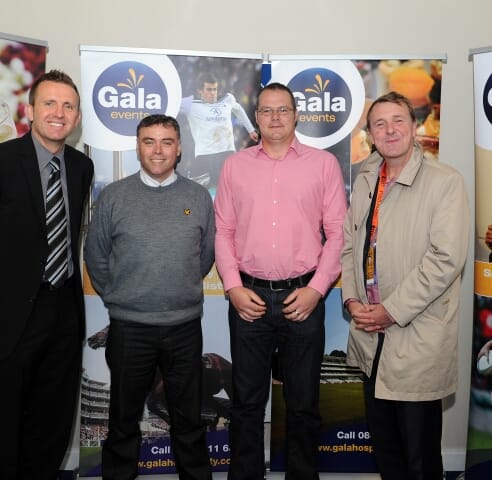 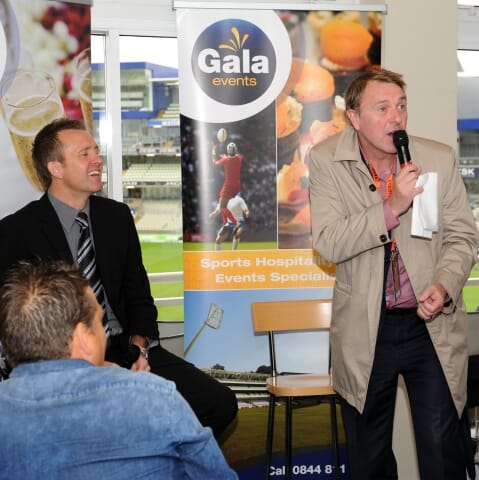 Three guests have their photograph taken with Dominic Cork 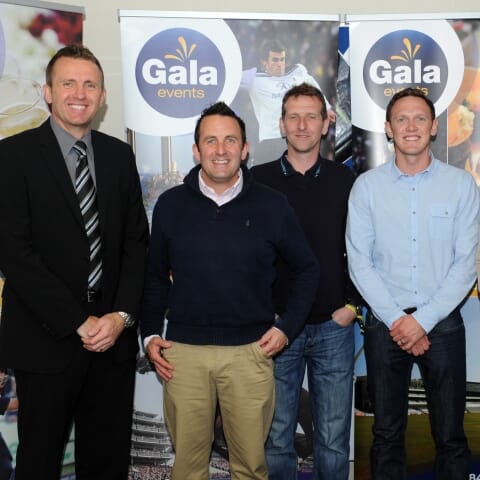 Two guests have a photograph with Cork & Tufnell 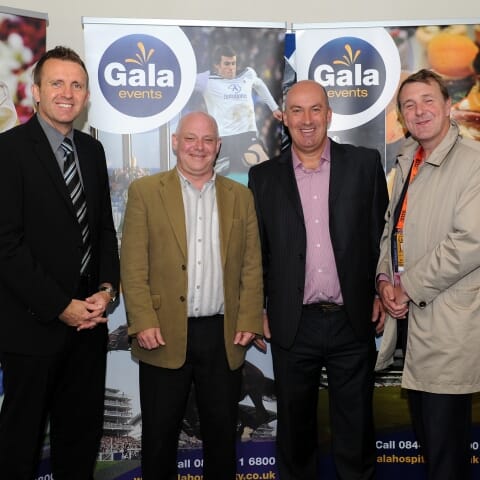 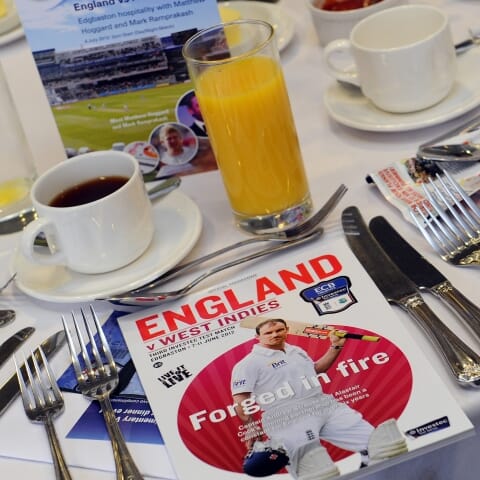 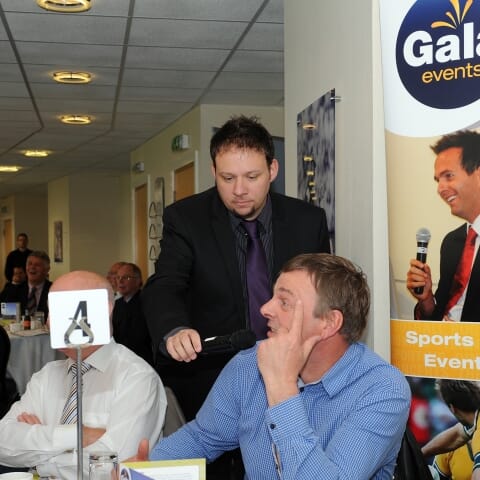 Three guests have their photo taken with Tufnell & Cork 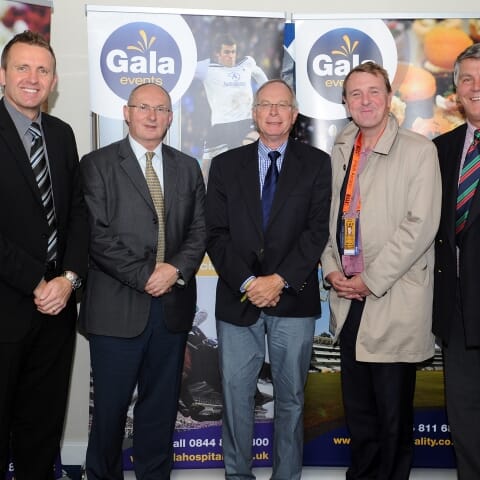