Gala Events once again welcomed clients to the Wyatt Suite for the excitement and colour of the NatWest T20 Blast Finals Day. Our very special VIP guest this year was former England captain Michael Vaughan, who was in great form sharing some cracking insights with guests about his playing days including the legendary 2005 series, and giving some opinions on the current Ashes series, and upcoming squads for the UAE. We also had a very welcome surprise visit from former England player, and T20 final-winning Leicestershire Foxes captain Paul Nixon. As always, he was in hilarious form, giving the insider’s account of the infamous Flintoff ‘pedalo debacle’, getting a duck in front of 80,000 baying Aussies in Melbourne, and how he was one of the very first to use the ‘reverse sweep’.

Out in the middle, Lancashire overcame Hampshire Royals in the semi-finals, before ending a 16-year wait to add a one-day title to the Emirates Old Trafford trophy cabinet by defeating Northamptonshire by 13 runs in the final. One year ago at Edgbaston the Red Rose were defeated from the last ball by Birmingham Bears – but this time round they made no mistake, winning relatively comfortably in a low-scoring match.

The platform was laid by a brisk 77-run opening stand between Ashwell Prince and Alex Davies and only a wicket-laden spell from David Willey and Shahid Afridi helped keep their total at 166 for seven. Considering Northamptonshire’s 135 for five had been the top score from the four earlier semi-final innings, it seemed an uphill task for the Steelbacks – particularly after semi-final heroes Willey and Richard Levi were removed by James Faulkner inside the powerplay. Josh Cobb and Afridi’s fireworks kept them in touch, yet not even that 52-run alliance could see them home as they finished on 153 for six.

The views from the balcony of the Wyatt Suite were spectacular, and as the evening drew in the pyrotechnics on display both out in the middle, and the fire show on the boundary edge, kept everyone on the edge of their seats. The T20 Blast Finals day is a unique marathon of explosive domestic cricket, with a fantastic atmosphere, amazing fancy dress and camaraderie. Our thanks go to the staff in the Wyatt Suite for their superb catering and service, to Michael Vaughan and Paul Nixon, and to all of our guests for sharing such a brilliant day with us. 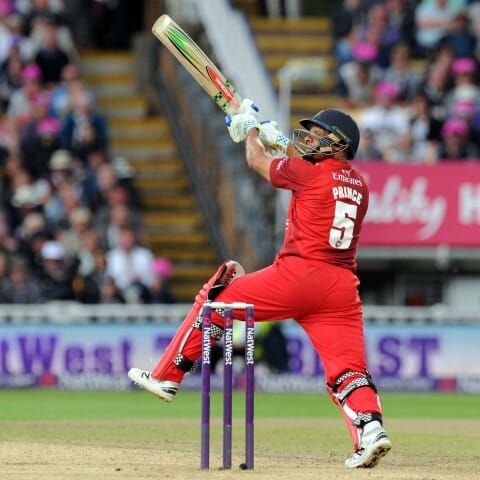 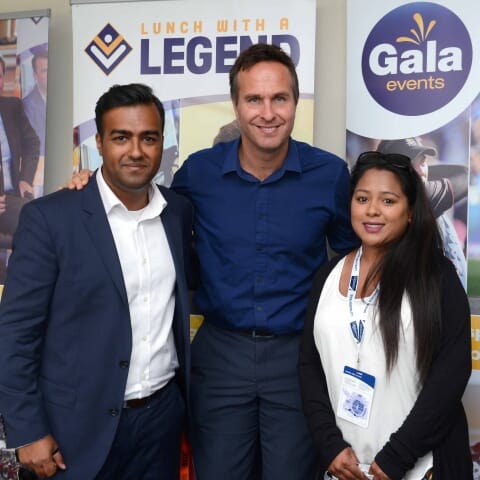 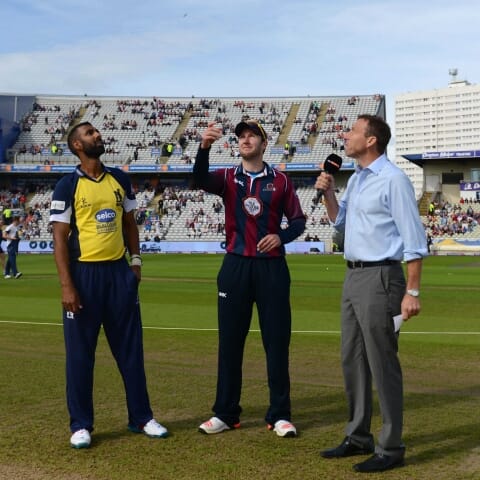 There were fireworks both out in the middle and on the boundaries! 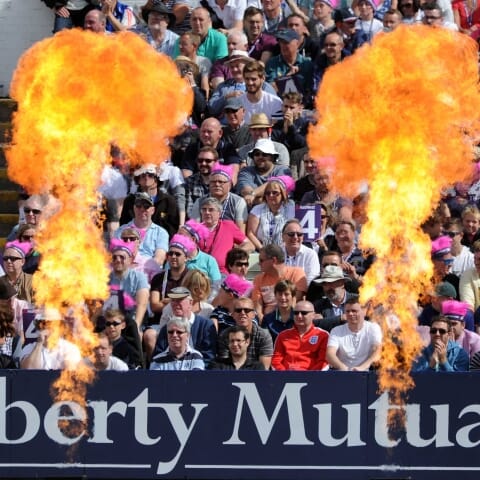 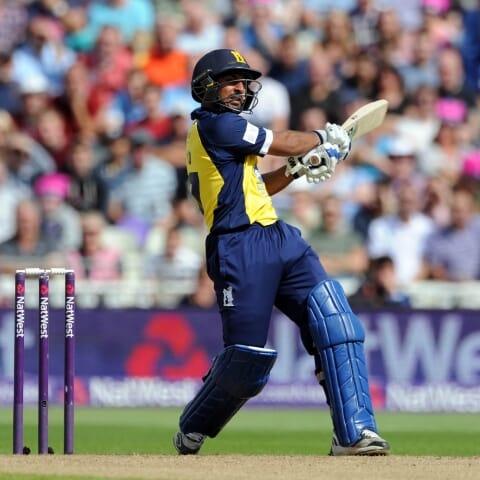 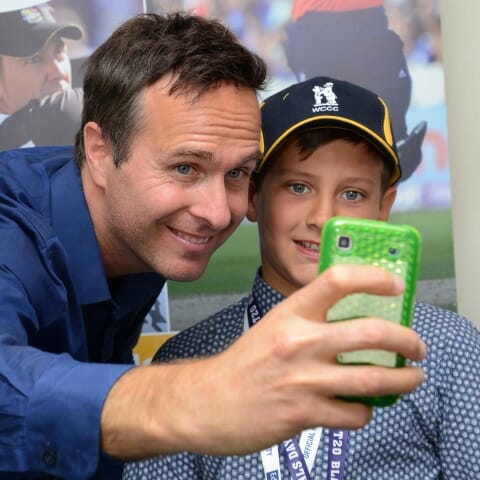 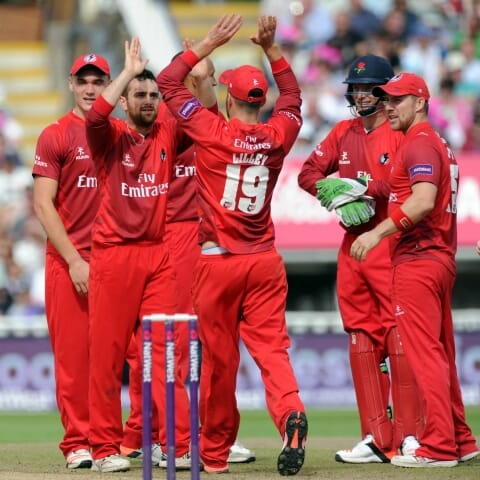 There was also hot competition in the big mascots' race! 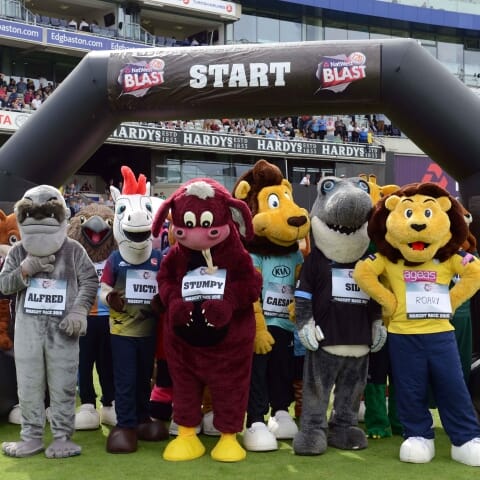 Northants' Shahid Afridi is triumphant during his excellent spell 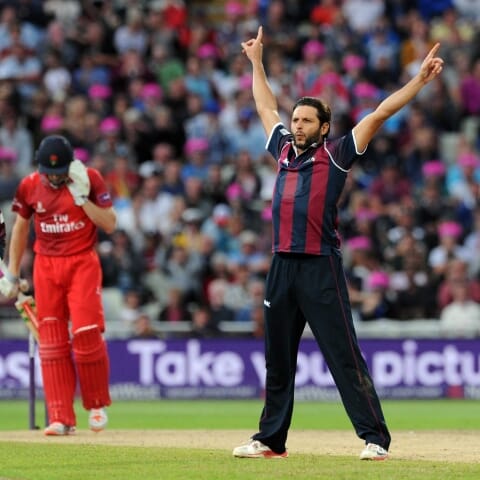 There were some brilliant fancy dress groups, including these Beefeaters! 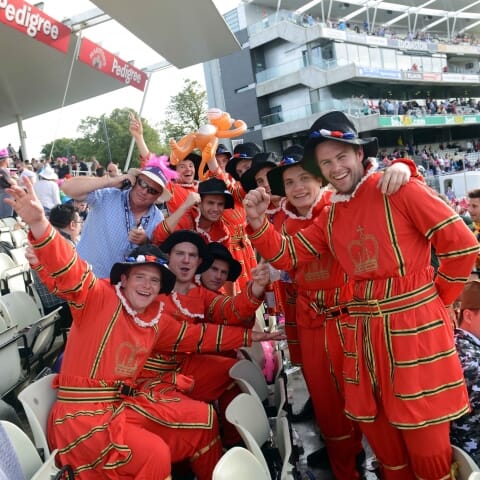 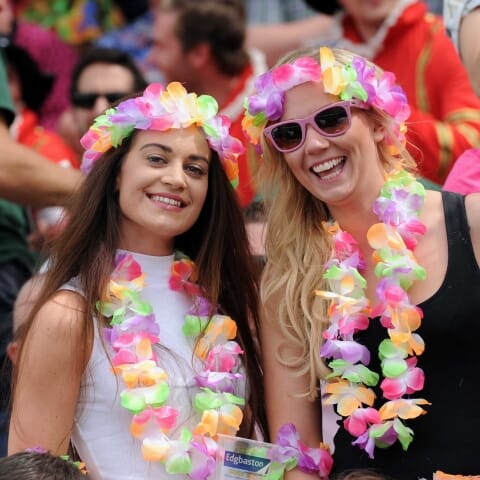 The Steelbacks celebrate another Lightning wicket 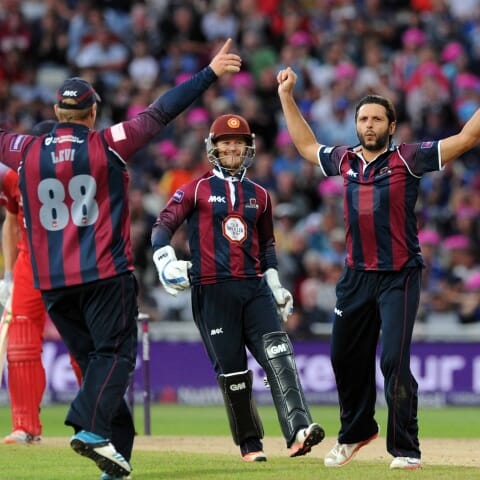 As the evening drew in, the fire throwers were lighting up the sky 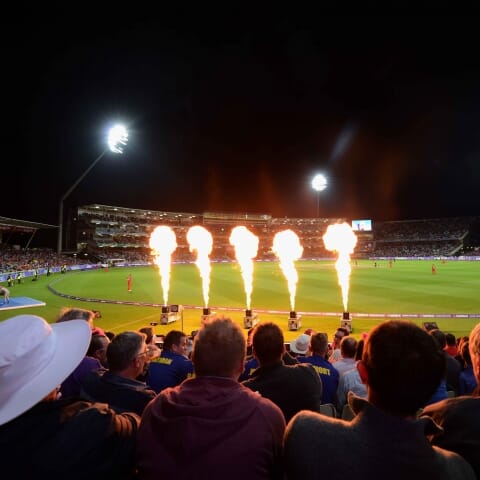 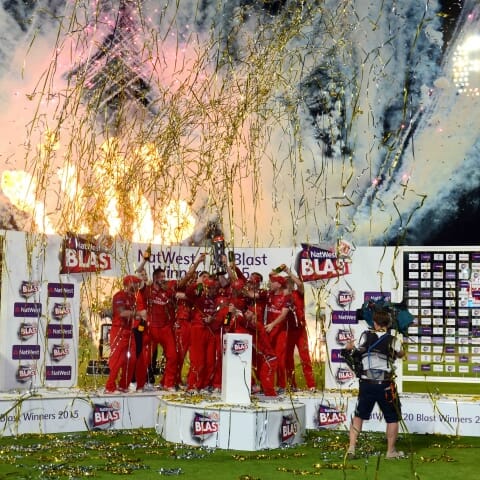 A great way to go out - the retiring great Ashwell Prince kisses the trophy! 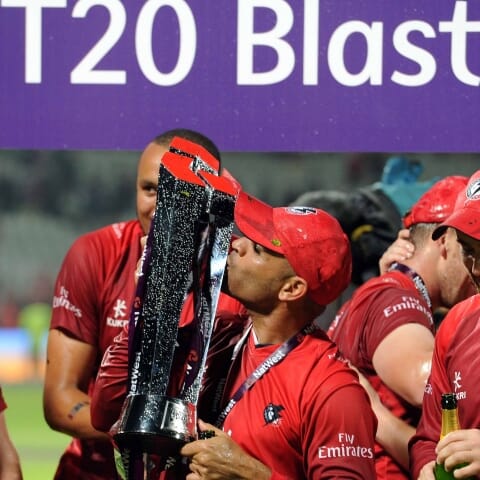