It is our great pleasure to confirm that Liverpool, Real Madrid and England superstar Michael Owen will be joining us for our sporting dinner event at the atmospheric Alverton Hotel.

It will be wonderful to hear from one of the biggest stars of his generation who played against and alongside the greatest names of the era. Guests will enjoy a memorable evening of football chat as Michael delves into stories from his stellar career with our Sky Sports presenter host. With a drinks reception and photo opportunity with Michael included, a fantastic three course dinner prepared by the award-winning Alverton team, and the opportunity to hear from an English sporting legend, this is an evening not to be missed!

A Liverpool legend, and one of England’s greatest ever strikers, Michael Owen was the original ‘Boy Wonder’ after bursting on to the scene aged just 17. He netted 18 goals to be joint top-scorer in his first full season, holding the accolade at Anfield for six consecutive seasons. Michael won the Ballon D’Or in 2001, the first Englishman since Kevin Keegan in 1979. He still holds the record as the youngest ever Premier League player to score 100 goals, in all scoring 158 times in 297 appearances for the club in all competitions. The highlight of his time at the Kop was the famous 2000-01 season, when Liverpool landed the historic Cup treble, winning the FA, League and UEFA Cups. Michael went on to Real Madrid in 2006, joining the likes of Ronaldo, Raúl, Figo, Zidane and his England teammate David Beckham. Capped at 18, he became the youngest England player of the 20th Century, and his career quickly took off, memorably with a stunning goal against Argentina in the 1998 World Cup. Michael won 89 caps in all, scoring 40 goals and placing him high up the pantheon of all-time England goal-scorers. Other accolades include winning the PL Golden Boot twice, PL Player of the season, 1998 Sports Personality of the Year, and Pele’s 100 Greatest Living Footballers, to name a few! Now a football analyst and successful racehorse owner, we are thrilled to welcome Michael to our sporting dinner event.

Our host for our sporting dinner evening with Michael Owen will be a leading Sky Sports presenter with a wealth of event-hosting experience and sporting knowledge to ensure the evening runs smoothly and we get to hear all the juiciest stories from Michael’s career at the top of the game! Past names have included the likes of Adam Leventhal, Pete Graves and Ed Draper, we will be confirming the name of our host in due course.

The Great Hall, The Alverton Hotel

The Alverton is a beautiful and fascinating Grade II* listed building replete with a rich history and character. The Great Hall is one of the many stunning features from the once Cornish convent that makes this classy four-star hotel so unique. With high vaulted ceilings, the space is in the style of a chapel, with velvet drapes and plush upholstery. With a maximum capacity of just 170 lending the event a real sense of exclusivity, you and your guests will be treated to high class catering and service for which The Alverton is rightly renowned. 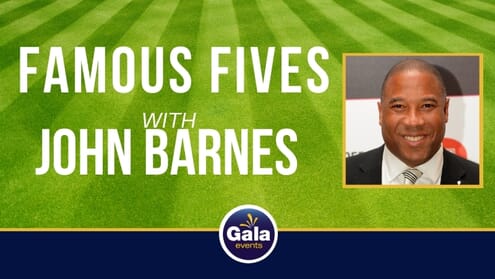