An Evening with the Football Hard Men!

Edgbaston Stadium was the venue for our ‘Evening with the Football Hard Men‘ in November, with our three fearsome guest speakers Stuart ‘Psycho’ Pearce, John Hartson and Julian ‘The Terminator’ Dicks. During their playing days all three men struck fear into the hearts of the opposition, sharing the same values on the pitch: Unyielding commitment to the cause, tough tackling and thunderous shooting. It’s little wonder that all became ‘cult heroes’ at their respective club sides!

After settling down for a delicious meal served with the usual aplomb by the staff at Edgbaston, our audience was treated to some great on stage banter. Our speakers were all in fine form, telling tales of eye-watering tackles, training ground antics and running battles on the pitch. Tom Ross interviewed Julian Dicks and Stuart Pearce together on stage: ‘The Terminator’ shared some memorable stories of rooming with Gazza in the England U 21s, whilst Psycho gave some insights into working with legendary Nottingham Forest manager Brian Clough.

John Hartson then stepped up to the stage to deliver an hilarious performance with the mike in his hand, his tales of the booze-fueled antics at Arsenal with the likes of Tony Adams and Paul Merson had our guests in stitches. He was then joined on stage by the other speakers, to round off the evening with some Q and A from our assembled guests.

It was another great evening at Edgbaston, as always our thanks go to the staff there for another top job, to our host for the evening Tom Ross, and most of all to our three ‘Hard Men’! 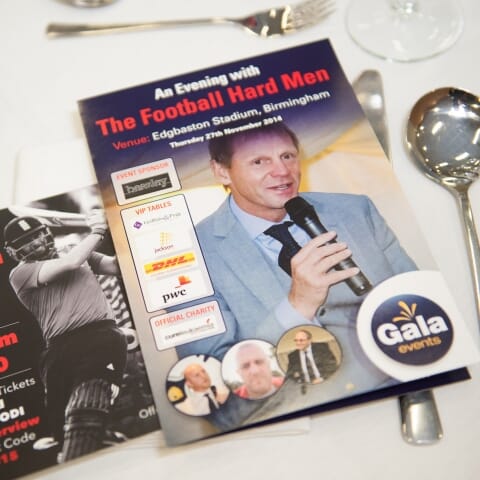 Our photographer was very polite to the Hard Men! 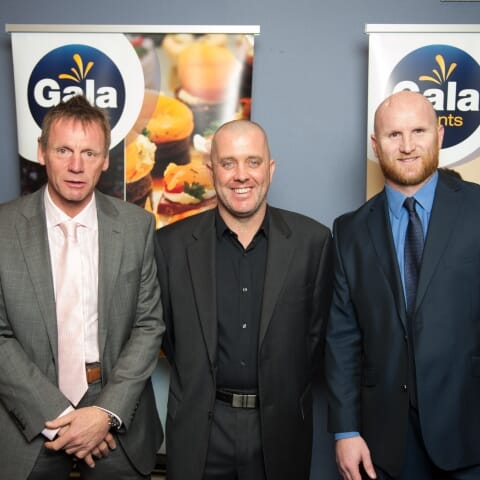 Our three speakers pose with guests 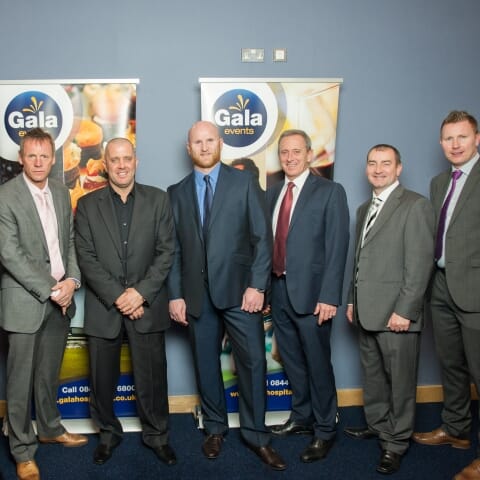 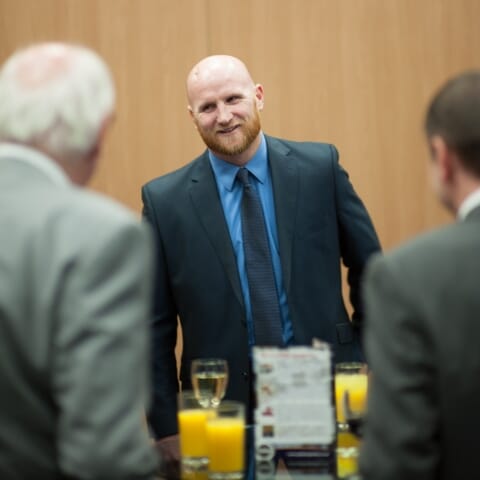 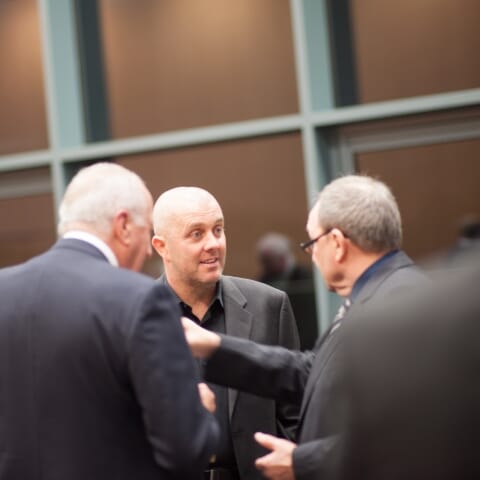 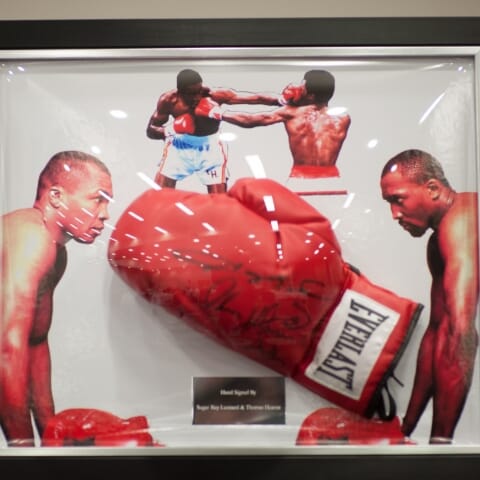 Edgbaston's catering was up to the usual high standard 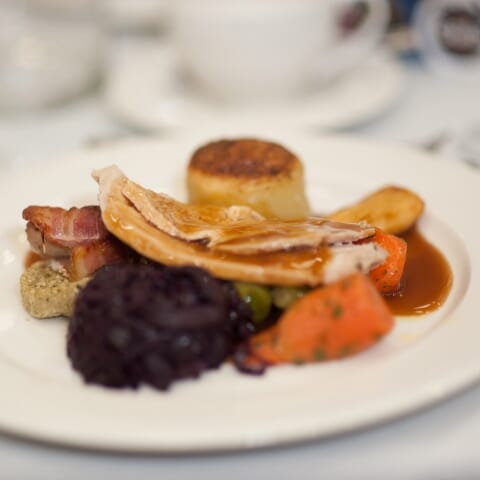 There was some eye-watering banter from the guys 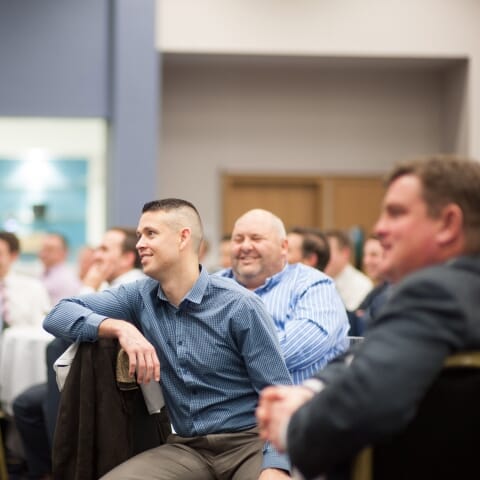 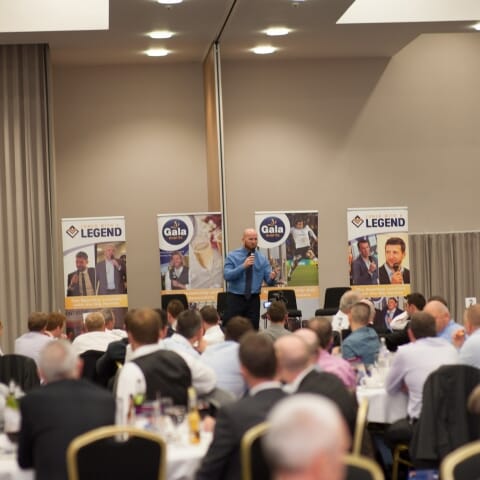 Our speakers taking questions from the floor 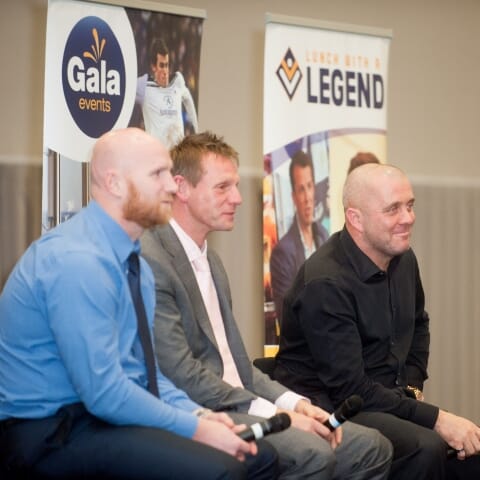 Hartson and Pearce on stage 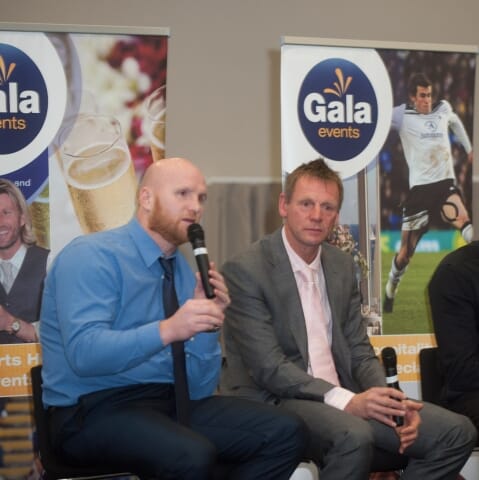 Psycho and The Terminator field a question 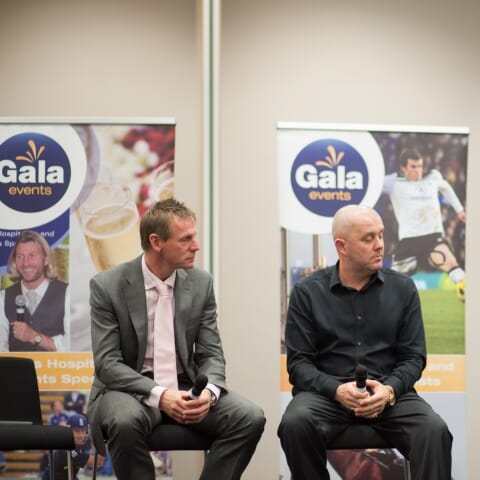 There was a lot of laughter in the room 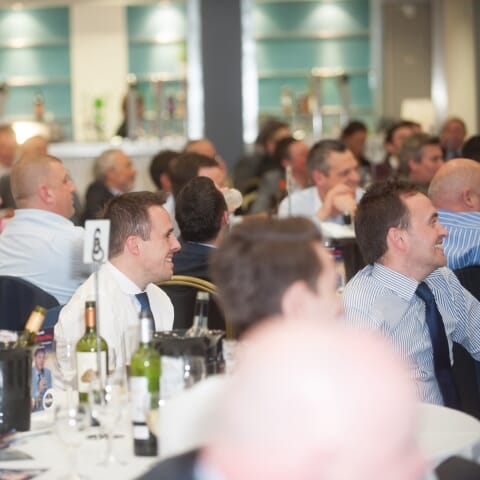 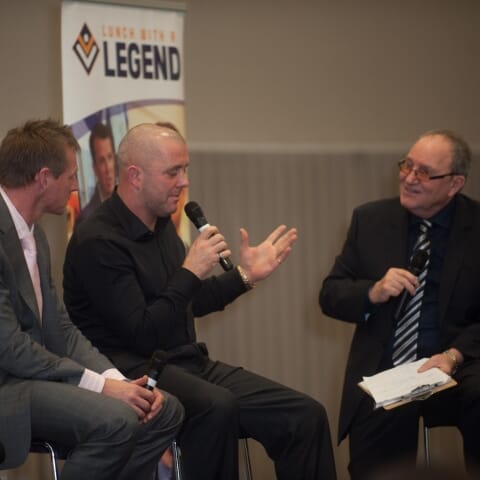 One of our guests poses a question to Stuart Pearce 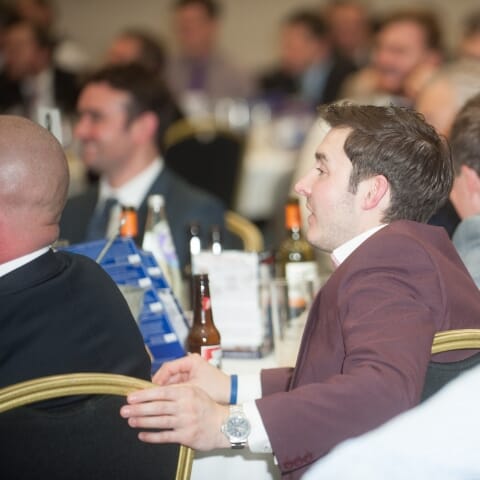