We hosted an Alternative Ryder Cup Golf Event at The Belfry on Friday 1st October 2010, which was the first day of the 2010 Ryder Cup. After a breakfast bap on arrival, guests then played 18 holes on the Brabazon Championship course, which has actually hosted the Ryder Cup on four occasions. The former Ryder Cup golfer, Paul Broadhurst was involved in the day and welcomed all guests on arrival.

After completing their golf, the guests returned to our private 50 person lounge for the day to enjoy a three course lunch. On completion of the lunch, prizes were given for the Overall winner, Longest Drive and Nearest to the pin competitions. There were also some prizes given for unusual occurrences, such as for the player whose club went flying into a lake from one shot!

Broadhurst then took part in a Question and Answer session with the guests, sharing some stories of playing in the Ryder Cup and in other major tournaments. There was also a large plasma screen updating guests with the progress from the Ryder Cup itself at Celtic Manor.

The Brabazon Course which has hosted the Ryder Cup on 4 occasions awaits our guests. 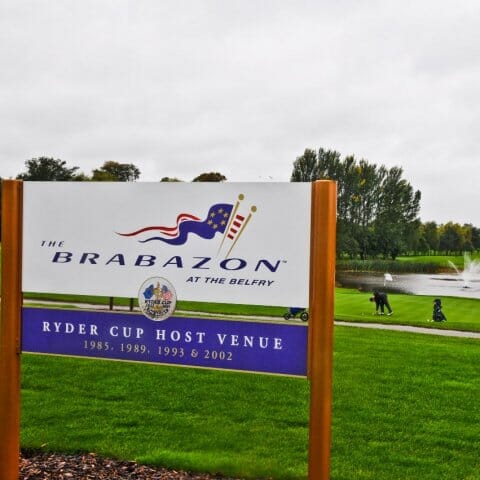 One of our Golfers prepares to tee off on The Brabazon 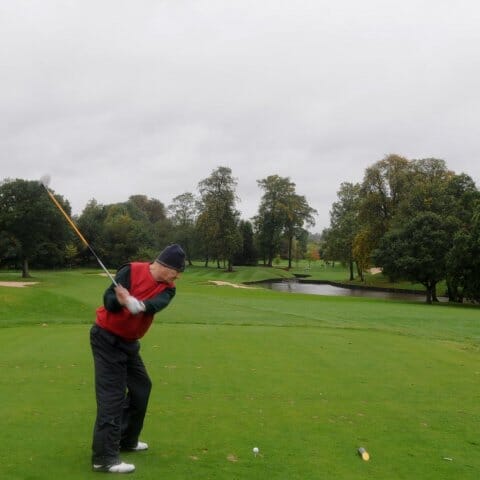 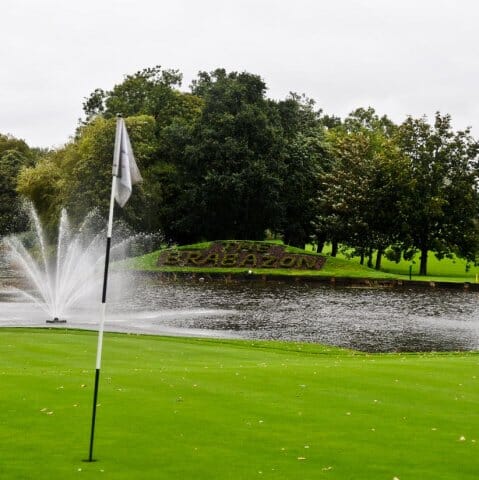 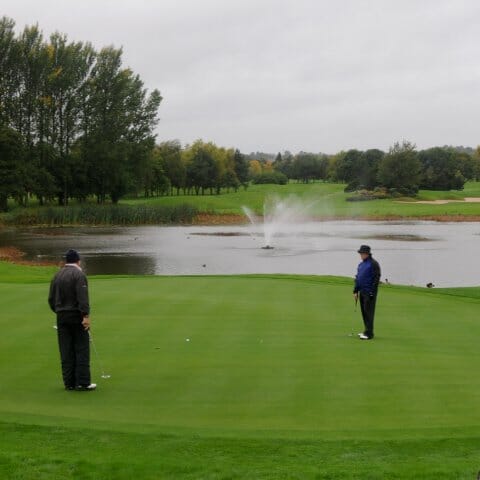 The former Ryder Cup Golfer, Paul Broadhurst has his photograph taken with one of our parties of guests 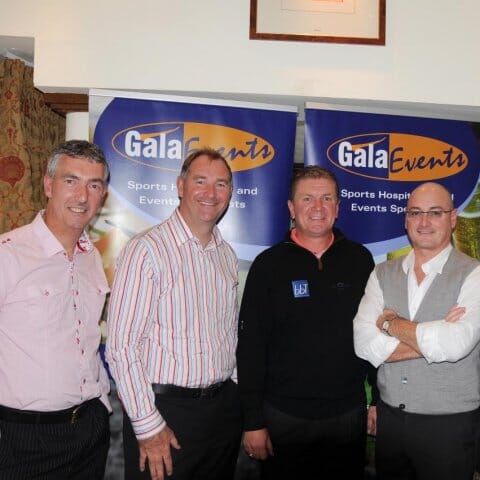 Guests enjoy their lunch in our private room with a large plasma screening updates from Celtic Manor of the Ryder Cup. 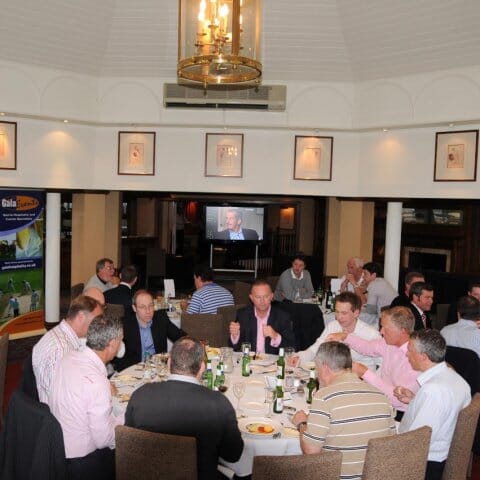 The themed Menu for the lunch 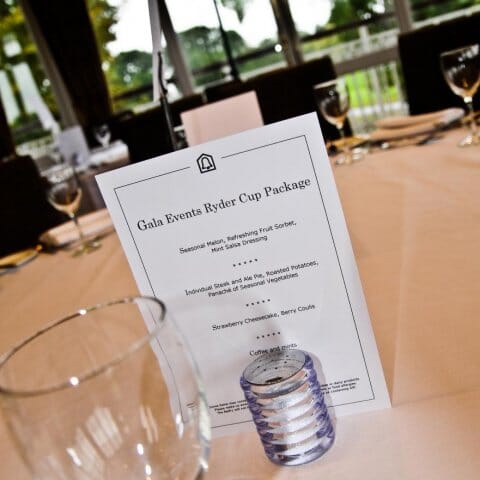 Broadhurst tells an amusing story during the Question and Answer session. 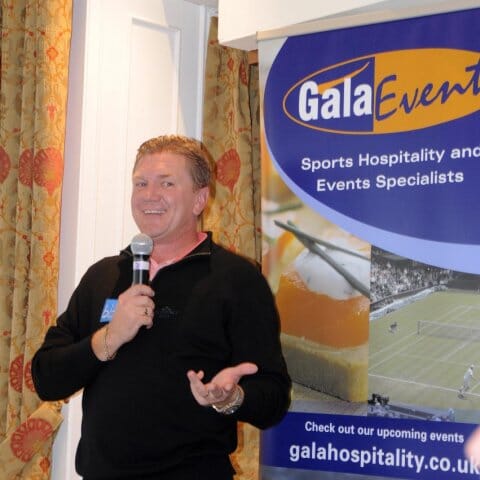 Paul Broadhurst gets a round if applause after telling one of his stories. 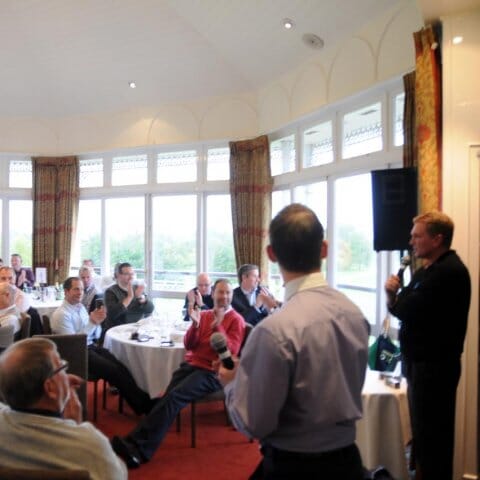 The Longest Drive trophy which was won by Tom Ryan 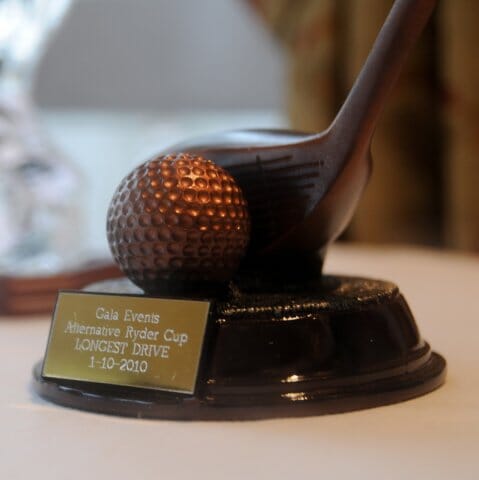 The Prize Giving Ceremony: Jolan Saunders goes up to collect his trophy. 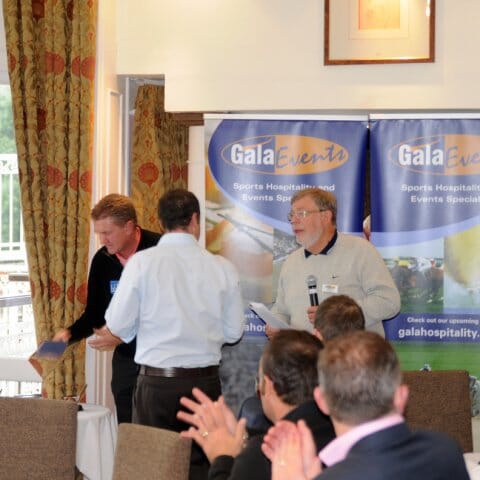 The Overall Competition's Trophy, which was won by Jolan Saunders with 32 points. 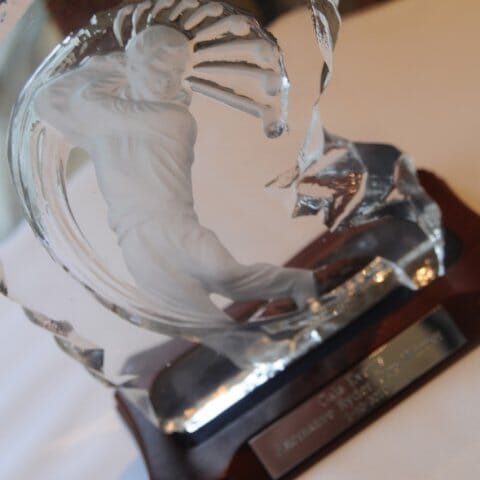