Our Sponsorship, Gold and Silver Packages offer fantastic catering from a Michelin star chef, Sharp’s beer and Tarquin’s gin tasting with our experts and tips from Grand National-winning jockey Brendan Powell, all in the company of our Sky Sports host, Pete Graves. We also offer our Bronze Package which includes all the elements listed, but simply without the food option.

This is not your standard Zoom event; we have had a professionally built bespoke platform built to give you, your colleagues and clients the very best experience, with private exclusive breakout spaces for you to interact with your invitees. All guests will receive a presentation pack of fantastic Sharp’s beers and Tarquin’s gins in addition to a lunch fit for a king. This is a great opportunity to kick back and enjoy the best of the Festival with friends in the company of sporting legends!

Please note, all bookings for groups of 10+ will qualify for a private breakout space exclusively for your guests, with the opportunity for smaller groups to enjoy this opportunity for a small charge of just £99 + VAT

Harry Redknapp: One of the most colourful characters in the game, since making his name with Bournemouth, he has taken charge of some of England’s top sides, including West Ham, Portsmouth, Southampton and Tottenham Hotspur, in total 1395 games with a win rate over 40%. Harry won the 2007/2008 FA Cup Final with Portsmouth and guided Tottenham to their most successful Premier League finish in 2009/10 season, with the side finishing fourth and securing Champions’ League Football. He won ‘Manager of the Year’ Award, only the second manager to do so when not winning the title, before taking Spurs to the Champions’ League quarter-finals. He also managed QPR and most recently, Birmingham City. He appears regularly on BT Sport and TalkSport and won the 2018 series of reality television show ‘I’m A Celebrity Get Me Out of Here’ making him a star to non-football fans! After being crowned ‘King of the Jungle’, Harry hosted TV show ‘Harry’s Heroes’, giving former England footballers a final chance to beat rivals Germany. Nicknamed ‘Houdini’ for conjuring up so many relegation escapes, we are delighted to welcome Harry to our event.

Mike Tindall: England’s most capped centre, Mike Tindall made his England debut against Ireland at Twickenham in 2000. He went on to win 75 caps for his country and was a key part of the side which triumphed in the 2003 World Cup in Australia. Mike was one of the players to feature in every one of the seven matches England played during the tournament, including starting in the Final itself. He missed out on the 2007 tournament due to injury but was back in the side which contested the 2011 World Cup in New Zealand. A Gloucester Rugby legend, he was extremely unfortunate to miss out on the British Lions Tour of 2005 when injury prevented him from joining the squad. In October 2016 Mike was inducted into the Premiership Rugby Hall of Fame, along with fellow England stars Neil Back, Mark Cueto and Richard Hill. Famously married to the Queen’s grand-daughter Zara, Mike is sure to have loads of hilarious anecdotes from his life at the top of rugby.

Pete Graves: One of the most recognizable faces on Sky Sports News and Sky News, Pete is a safe pair of hands for hosting any online corporate party, awards or tasting event. As well as being a news broadcaster, Pete has hosted numerous live football and rugby matches on Sky, has had his own radio shows on Metro Radio, Real Radio and Radio Tyneside, and has written, produced and presented a one hour tribute to legendary England, Barcelona and Newcastle Utd manager, Sir Bobby Robson. A passionate Newcastle Utd fan, Pete’s all round love of sport and knowledge ensure he always gets the best out of celebrity guests!

Chris Eden: Highly regarded throughout the trade, chef Chris Eden headed up the team at the Driftwood in Portscatho, Cornwall, as Head Chef, for a decade, achieving 3 AA Rosettes and a Michelin Star. Chris has always cooked very much from the heart; his food reflecting his upbringing and family influences. He is obsessive about sourcing the best produce that Cornwall has to offer, working with suppliers to ensure only the finest quality ingredients make it on to the plate. Chris has made numerous appearances on the radio and television, including the BBC’s ‘Great British Menu’ featuring some of the Britain’s finest chefs.

Brendan Powell: Our expert tipster for the day was a prolific jockey during the 1980s and 1990s with 684 career winners, Brendan most famous triumph came aboard 10-1 shot Rhyme ‘n’ Reason in the 1988 Grand National; after nearly falling at Becher’s Brook first time around, he settled the horse at the back, before coming through to lead five out. After being headed by Durham Edition at the second last, horse and rider showed astonishing courage to fight back to land the world’s most famous steeplechase. Now a jumps trainer, Brendan is sure to offer some shrewd insight into today’s runners and riders, and a few tales from his thrilling career!

Ed Hughes: A leading Beer Sommelier regularly featuring on BBC1’s Saturday Kitchen, in 2018 he co-authored Sharp’s first cookbook brimming with more than 60 recipes inspired by the Cornish coast. ‘Just Add Beer’ profiles some of the UK’s top chefs – from award-winning street food chefs to those with Michelin stars to their names. Ed provides expert beer tastings both at the brewery and with key customers, as well as beer and food matching to audiences at events around the country. Another string to Ed’s bow is judging beer industry competitions, for example the SIBA, World Beer Awards and the European Beer Star in Munich.

Felicia Matheson: Felicia has served as an Associate Judge at the International Wine and Spirit Competition in London. She is also a certified Beer Judge, who holds the Beer Academy Advanced Certification and Food and Beer matching accreditation.  She has worked in many sectors of the drinks trade including retail, wholesale, service, events and now more recently education and training.  Felicia hosts regular wine & drinks events including tutored tastings, themed dinners, and wine & beer clubs in her native Northern Ireland and beyond.  A keen traveller, Felicia has visited all seven continents on her many adventures!

Our Sponsorship Package offers the opportunity for your company to be our star corporate guests for the event, with a host of branding and marketing opportunities as below, and an exclusive 15 minute Q & A session with Harry and Mike for your attendees in your private own branded breakout room. In addition you will enjoy all the other benefits including fantastic catering from a Michelin star chef, Sharp’s beer and Tarquin’s gin tasting with our experts and tips from Grand National-winning jockey Brendan Powell, all in the company of our Sky Sports host, Pete Graves. All guests will receive a presentation pack of fantastic Sharp’s beers and Tarquin’s gins in addition to a lunch fit for a king.

Our Gold Package offers all the benefits of the Silver Package, clients with a minimum of 10 attendees will have their own exclusive breakout room just for their guests, smaller groups in a shared space with the option to upgrade to their own space. Gold Package attendees will have a shared private Q & A with Mike and Harry, receive an enhanced drinks package, with presentation packs of 6 Sharp’s brewery beers and 6 Tarquin’s gins, as well as your company logo displayed on a couple of our event pages. In addition you will enjoy all the other Silver benefits including fantastic catering from a Michelin star chef, Sharp’s and Tarquin’s tastings with our experts and tips from Grand National-winning jockey Brendan Powell, all in the company of our Sky Sports host, Pete Graves.

Our Silver Package offers all the package elements of the Gold Package, but without the private Gold client Q & A with Harry and Mike and upgraded drinks package. Clients with a minimum of 10 attendees will have their own exclusive breakout room just for their guests, smaller groups in a shared space with the option to upgrade to their own space. Your guests enjoy the standard drinks packs which include 3 Sharp’s brewery beers and 3 Tarquin’s gins. In addition you will enjoy all the other benefits including fantastic catering from a Michelin star chef, Sharp’s beer and Tarquin’s gin tasting with our experts and tips from Grand National-winning jockey Brendan Powell, all in the company of our Sky Sports host, Pete Graves.

Our entry level Bronze package gives the opportunity to enjoy all the excitement of the afternoon in the most cost effective way! Clients with ten or more guests will still have the opportunity to have their own private breakout space if required, with the option to upgrade for smaller groups. Guests will still enjoy every element of the Silver Package, simply without the Michelin star meal pack. This includes the Sharp’s beers and Tarquin’s gins and tasting with our experts, all the action from Cheltenham in the company of Harry and Mike and tips from Grand National-winning jockey Brendan Powell, all with our Sky Sports host, Pete Graves. 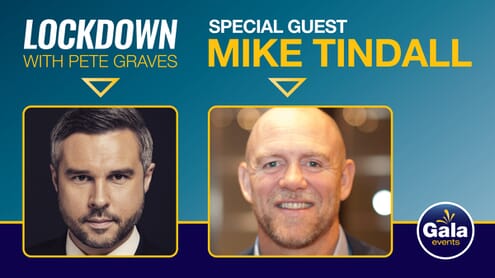 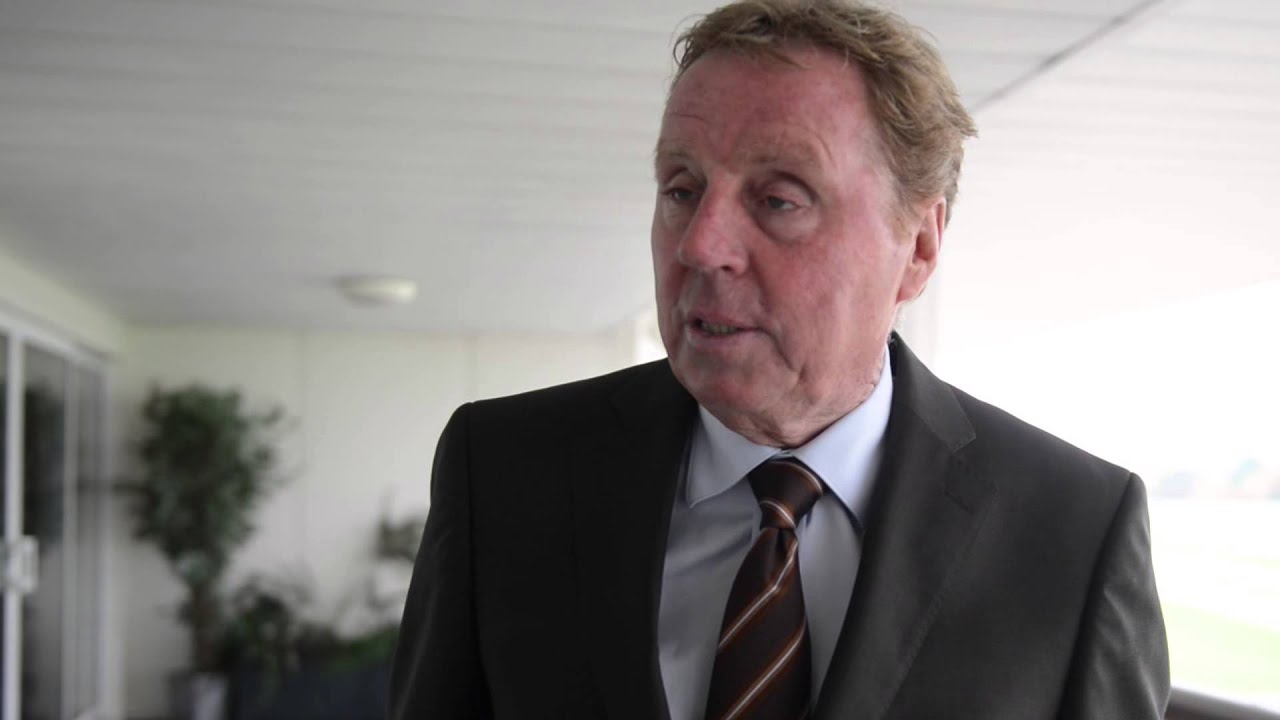